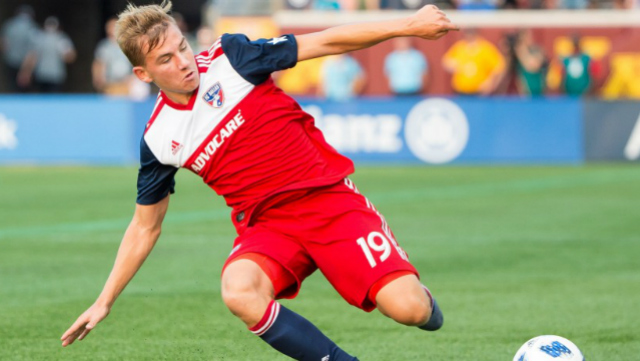 There could be an argument out there that young players in MLS took a step forward in 2018.

Whether it was the sale of Alphonso Davies to Bayern Munich, or the increased influence of domestic youngsters in the league, the tides are shifting in the North America domestic league. Youngsters like Chris Durkin, Jaylin Lindsey, Mark McKenzie, Auston Trusty, Aaron Herrera, Brooks Lennon and Chris Mueller were all among the players to see decent minutes last year.

That was in the back of our mind in coming up with our annual assessment of top 50 Homegrowns and signed draft picks entering the 2019 season. With the MLS calendar starting anew this weekend, there is no better time to run the rule over the league's best and brightest up-and-comers.

Over the course of the week, we're rolling out 10 top players per day counting down from No. 50 to No. 1 on our list. The rubric is simple. To be considered for our top 50, players need to be born in 1996 or later, been signed to the league via either the Homegrown mechanism or through the draft and have played 500 or fewer minutes of first division soccer.

Bottom line, with this list, we're taking stock in the next wave of talent.

Be sure to check back here throughout the week as we update this page up until the start of the 2019 MLS campaign. And for your reference, we've included our player pool of 50 on this page.