Ranking the Top 50 prospects in MLS 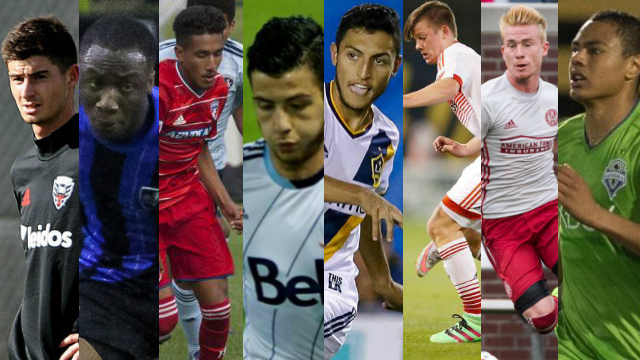 Young players in MLS are progressing. The question is merely how fast.

That's the undergirding question we asked ourselves during a recent state-of-the-union undertaking here at TopDrawerSoccer.com And it ultimately guided our thinking in coming up with our assessed top 50 Homegrowns and signed draft picks entering the 2017 season. With the MLS calendar readying to officially flip to 2017 with the opening match of the season on March 3, we dove into the league's talented stable of young players.

Over the course of the week, we're rolling out 10 top players per day counting down from No. 50 to No. 1 on our list. The rubric is simple. To be considered for our top 50, players need to be born in 1994 or later, been signed to the league via either the Homegrown mechanism or through the draft, and have played 500 or fewer minutes in MLS. The rest - players like Kellyn Acosta, for example - are already established. Young players with a few years under their belts playing abroad don't qualify.

Bottom line, with this list, we're taking stock in the next wave of talent washing up on MLS's shores.

Be sure to check back here throughout the week as we update this page and drill closer to our top young player in MLS. And for your reference, we've included our player pool of 50 on this page. Happy hunting.