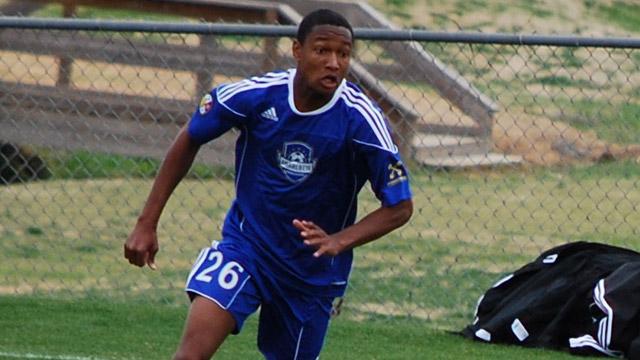 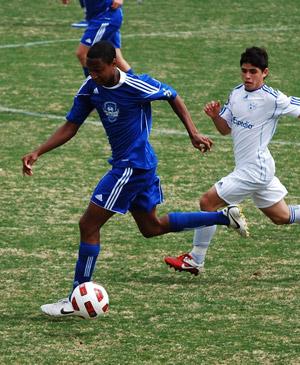 The Charlotte Soccer Academy defender recently announced that he has verbally committed to High Point for 2012, the Big South program getting the nod over other schools Yearwood considered, including UNC Greensboro, Princeton and Richmond.

Yearwood, our No. 63 ranked player in the Top 100, is a wiry defender who also has the ability to get forward as indicated by his four goals this season.

Now he’s moving forward in what could be a bright college career.

“After visiting several schools I thought High Point had the best combination of factors for me, including academics, soccer, size and location,” Yearwood said. “In the end, I felt most comfortable there and I knew it was the right fit for me.”

Yearwood is one of two Top 100 prospects in this week’s commitment update.

Dustin Munger, who comes in at No. 67 on the 2012 Top 100, has made his verbal commitment to Portland. Munger is also a local product, hailing from McMinnville, Oregon, and the kid has skills.

He’s an athletic midfielder who has some U.S. National Camp experience and is strong on the ball.

Other boys’ commitments include:

Shane Campbell (FC Delco) has verbally committed to Old Dominion for the 2012 season. Campbell is a starting center back who plays in the Development Academy and has good feel – on and off the field.

“When I went down to (visit) Old Dominion it just felt like the right place for me,” Campbell said. “I was right at home with the coaches and players and I feel confident that (Coach Alan Dawson) can help me develop and get to the next level.”

Alex Halis (Portugal FC) has committed to Syracuse for 2012. Halis is a winger who comes from Brampton, Ontario.

Alex Bono (Empire United SA) has committed to Syracuse for 2012. Bono, the No. 7 ranked player in the New York region was considering other East Coast schools like Georgetown, St. John's and Villanova.

Jackson Bentley (Cobb F.C.) has signed with Appalachian State for 2011

Omar Jaroun (Andromeda SC) has signed with Western Michigan for 2011. Jaroun is a striker who is currently tied for his team’s lead in goals scored.

Christian Robbs has signed with Florida Gulf Coast(m) for 2011. Robbs is an international prospect who comes from Athens, Greece. He has played for academies Panathinaikos F.C. and AEK Athens F.C., and is ready to bring his game stateside.