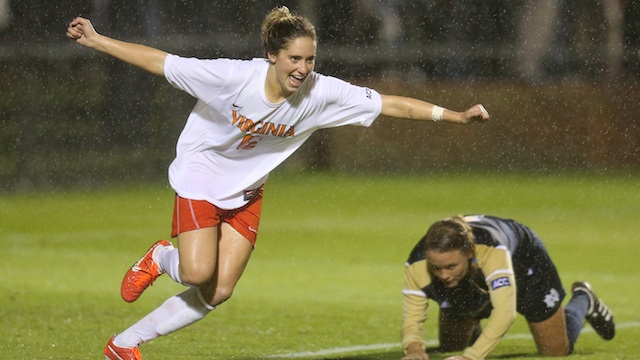 Last season was a good one if you liked attack-minded women’s soccer. Virginia proved that North Carolina wasn’t the only beast in ACC with an unstoppable offense that featured a Hermann Trophy winner in Morgan Brian and a semifinalist in Makenzy Doniak. The question for 2014 now becomes whether or not anyone can catch the Cavaliers.

Here’s a glimpse at the top five women’s attacks from 2013 and how they’re shaping up for next season.

Virginia’s attack almost didn’t seem fair at times last season. The Cavaliers averaged an incredible three goals per game en route to becoming the nation’s best offense, and while it wasn’t enough to break through for a national title, it was quite a spectacle. With this much firepower returning, it’s hard to fathom what this offense could produce in 2014. Each of the team’s top four scorers returns (that’s 53 goals), including defending Hermann Trophy winner Morgan Brian, who had 16 goals and 14 assists. Makenzy Doniak, who led the team with 20 goals, is a Hermann semifinalist and just a junior in 2014. Again, the potential here is incredible. It wouldn’t be out of the question for Virginia to crack 80 goals this season.