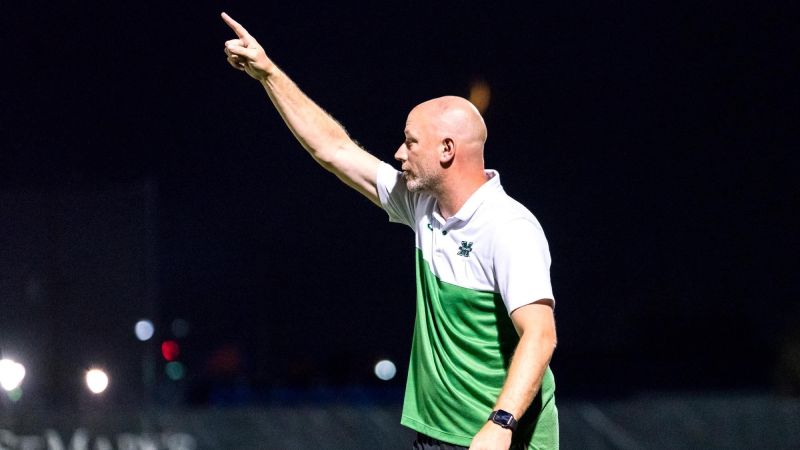 Brooks Rice cut onto his left foot, striding into the five yards of space presented to him by the then-No.18 Kentucky)m) back line. Another touch and the pitch opened up, a clear line to goal forming. Rice took advantage, lashing the ball into the top corner and sending his teammates into raptures.

It was one of the defining moments of the spring 2021 Conference USA season, one where a team that had lost its last two games by a combined 7-0 pipped a Top 25 side in overtime with a glittering golden goal.

There were further moments that season, too. South Carolina put three past an in-form Florida International team, winning 3-2 on the road despite being outshot 21-10. Charlotte beat Kentucky in overtime, thanks to a goal line scramble and poked finish. And then the crowning achievement: Marshall topping Indiana to lift the College Cup.

That campaign was among the most compelling in a conference that always threatened on the national stage. With Marshall’s win, it established legitimacy. 18 months later, though, the conference has been scrapped. With outside forces — namely, football programs — reshaping league alignments in college soccer, C-USA has been sacrificed. And although its teams have found new intriguing homes, a bit of magic might just be missed.

“I thought Conference USA was a good sort of conference. It was definitely in the top five,” Marshall head coach Chris Grassie said.

C-USA was a pesky outsider in the college soccer scene since its inception in 1995. Its teams regularly featured in the NCAA Tournament, with the conference securing at least one at-large bid in every year since 2009. Although Marshall was the solitary school to win a national championship while a conference member, its former members have combined for nearly 20 NCAA titles.

The disbanding, then, is a loss for the college soccer landscape, coaches have said. Rivalries have been put on hold, fixtures removed from the schedule. And although new leagues are set to form, there’s a certain vibe of C-USA that might not be replicated.

In its 26 years, C-USA gave rise to some enticing matchups. Though the schools were mostly spread out and local rivalries were few, a friendly animosity developed between some programs. Marshall and Kentucky — separated by 120 miles — enjoyed many a close contest, with the Wildcats leading the all-time series 11-7. Charlotte and South Carolina were similarly adversarial, enjoying testy matchups every year. Even the newer members — such as the resurgent FAU(m) — have found yearly clashes against sides they might not otherwise play.

“It’ll be a little bit tough to lose some games, you know, I'd love to still have some of those guys on the schedule,” FAU coach Joey Worthen said.

There are also the relationships lost. In a grueling schedule, coaches have come to embrace comfort in familiarity. Knowing the players, opposing coaches and even campuses where they enjoy annual visits helped cultivate a conference culture.

“You know where you're going, you know what to expect and you've gotten really close with a lot of the coaches,” Worthen said.

For some, it’s also a momentum staller. FAU spent the last few seasons steadily creeping up the standings, a growing program on the cusp of being ready to challenge for a conference crown. And it came close in 2021, falling in the conference championship in overtime. Now, the Florida school is moving to the AAC, and faces something of a reset. Although Worthen described the switch as a lateral move in terms of competition, fresh matchups are unpredictable.

It’s the same for UAB. Head coach Jeff Kinney has started to piece together a squad that could fight its way into the conference tournament. Now, he’s left to contend with new teams, and perhaps some unwelcome surprises.

“Leaving the conference at that time was disappointing, especially for us, because we've been in this rebuild situation,” Kinney said.

Still, for Worthen, Kinney and co, there’s a flipside. For the programs affected by the disbanding, the opportunities are many. Five are headed to the newly reformed Sun Belt conference, while four have joined a resurgent AAC.

Those shifts have brought more travel and new matchups. The AAC now features four Florida sides, all of which are close enough to cultivate new rivalries. And old ones will be revisited too, with Charlotte rekindling old clashes against Tulsa and Temple.

But the biggest might be West Virginia and Marshall in the Sun Belt. Grassie thinks so, at least. He imagines a stadium packed with 5,000 fans, alumni, students, all flooding to Huntington, West Virginia, to take in what could be one of college soccer’s best games. He pictures a massive clash, a blueprint for an in-state derby, an advert for the excitement of college soccer.

And although that might not hold the same history as squaring off against a familiar rival such as Kentucky or Charlotte, those new opportunities, new games, might best the memories of old.

“We lose some things, we get to keep them some things, and then we'll have some new adventures,” Grassie said.