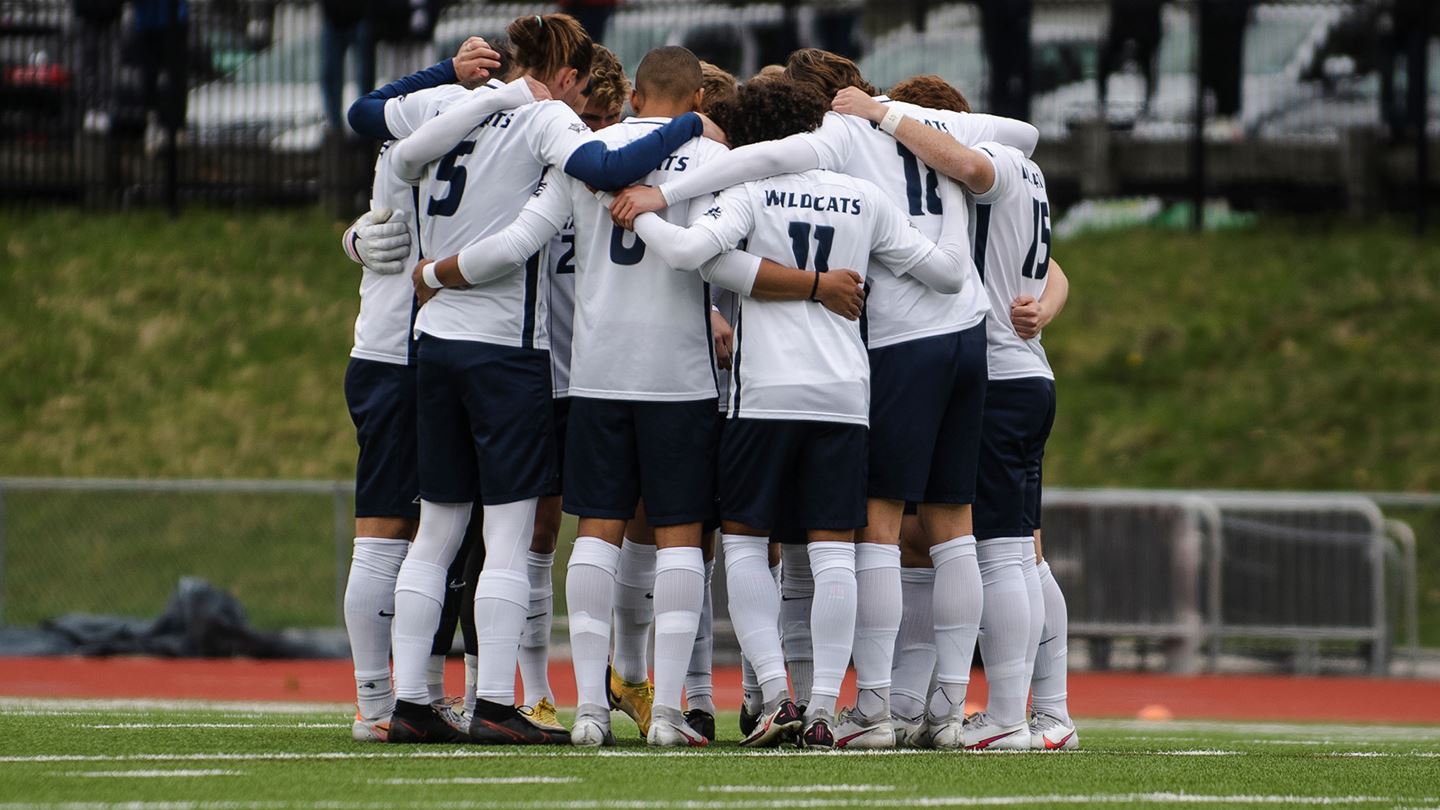 The men's Division I season begins on August 26, as the chase for a spot in the College Cup begins.

Here's a look at what to expect in 10 DI conferences as things are set to kick off.

What happened in 2020-21: Jacksonville won the regular season in the spring, finishing ahead of Bellarmine, North Florida and FGCU. The Dolphins also bagged the conference tournament, but lost the first-round tournament game against American in a wild, 3-3 shootout.

What to expect in 2021: It should be an exceptionally close race. Jacksonville was tabbed preseason favorites in the mid-August coaches poll, and returned standout forward Olivier Correa. But the addition of Central Arkansas from the Sun Belt, plus the talented players that are back for FGCU, North Florida, Lipscomb and Bellarmine has the potential to make this anyone’s game.

What happened in 2020-21: The dominance of New Hampshire continued in the spring, winning a third straight America East title. Building on it in the NCAA tournament has been elusive, as they lost in the second round to Kentucky by a 2-0 score.

What to expect in 2021: Can anyone unseat New Hampshire? On paper, it looks difficult, as there is a long list of conference honorees returning: Bridger Hansen, Paul Mayer, Victor Menudier and 2020 Midfielder of the Year Rory O'Driscoll are all back. Head coach Marc Hubbard has found the right buttons to push to keep his side elite in the America East. Vermont continues to amass talent, including spring Rookie of the Year Daniel Pacella and Alex Nagy. NJIT, Albany, Massachusetts-Lowell and UMBC will be among the teams looking to secure spots in the conference tournament and string together a run at that point.

What happened in 2020-21: UCF won the regular season title, finishing ahead of Tulsa, Temple and SMU. The Knights bagged the conference tournament crown thanks in part to a famous win against SMU in the semifinal. UCF picked up a win in the spring tournament against JMU before bowing out against College Cup side Pittsburgh.

What to expect in 2021: It’s only a six-team league at this point, with the departure of Connecticut and Cincinnati pulling the plug on men’s soccer. And while UCF or SMU generally finish near the top, Tulsa and Temple are very much on the rise. It was also a down year for South Florida in the spring, but there is enough talent there to suggest that the Bulls can compete for first place. It should be a wide open race with UCF or SMU likely to edge it.

What happened in 2020-21: In response to the pandemic and short season, the Atlantic 10 split off into North, Central and West. Fordham, which captured the North crown and won the tournament, earning the conference’s automatic bid. Massachusetts earned an at-large bid.

What to expect in 2021: Back to a single table for the upcoming season, it should be another open race. Fordham brings back ample talent and sits in the driver’s seat, but will face challenges from many fronts. Saint Louis and Massachusetts are two of the other contenders. If all goes well, other programs like VCU, Dayton, George Washington and Rhode Island could emerge.

What happened in 2020-21: After several close calls, High Point finally did it. They won the conference regular season and conference tournament titles in the spring season. The Panthers were drawn with Georgetown in the NCAA tournament, unable to pick up the victory.

What to expect in 2021: Like other top programs around the country, High Point returns several key players. That includes Matthew Myers, one of the nation’s top scorers in the spring, Sebastian Chalbaud, and Finn McRobb at the back. Campbell is the most likely side to provide a regular season or conference challenge to High Point, though USC Upstate and Gardner-Webb have made positive strides of late.

What happened in 2020-21: Due to the COVID-19 pandemic, the Big West didn’t compete in the 2020-21 school year. Programs were back on the field in the spring, for a more traditional college spring schedule while the competitive spring campaign took place everywhere else.

What to expect in 2021: During the 2019 season, UC Santa Barbara put together a dream run and nearly made the College Cup. The Gauchos obviously have some roster turnover from that team, but there’s a solid talent group back that should put them in the driver’s seat for winning the regular season. Of course, the long layoff is sure to yield plenty of unpredictable results. UC Davis is one of the co-favorites in preseason polling, while UC Irvine has a quality roster. Cal State Fullerton and CSUN are two other programs to track as the season progresses.

What happened in 2020-21: Playing an extremely small spring schedule and splitting off into North/South Division, James Madison won the South and Hofstra the North. The Dukes picked up the automatic bid by winning the conference tournament.

What to expect in 2021: JMU has some big holes to fill with TJ Bush and Thomas Judge leaving, but deployed a young team and returns Melker Anshelm and Axel Ahlander, among others. If any program is to unseat the Dukes, keep an eye on Drexel, UNC Wilmington and Hofstra.

What happened in 2020-21: It was a team from the Conference USA that won the spring tournament. Marshall won the conference regular season and got hot to win it all. Chris Grassie’s mostly international side was well drilled, difficult to break down and scored goals at the right time.

What to expect in 2021: Big programs could point to the spring talent drain to detract from Marshall’s triumph, but it shouldn’t take any shine away from it. If anything, the team will be hungry to prove itself once again in the fall, and are favorites once agian. The addition of Coastal Carolina adds another intriguing side to the mix of the usual contenders: Charlotte and Kentucky. Former Atlanta United Academy Director Tony Annan was also hired to take over at South Carolina over longtime coach Mark Berson; he’ll look to lift the Gamecocks into the conversation.

What to expect in 2021: Formidable talent returns for NKU, Oakland and Wisconsin-Milwaukee. Noah Jensen will look to show that the chance-creating chops he demonstrated in the spring can carryover and lead his team to unprecedented success. Northern Kentucky will have ample motivation to make it to the NCAA tournament. It should be a dramatic and close race in the Horizon.

What to expect in 2021: Before the pandemic, Yale seemed to be on a sustainable trajectory upwards. However, other sides like Princeton, Harvard, Dartmouth and Cornell have all brought in talented classes in 2020 and 2021, and will push Yale for first place. A fierce battle for the regular season crown and automatic bid is all but certain.