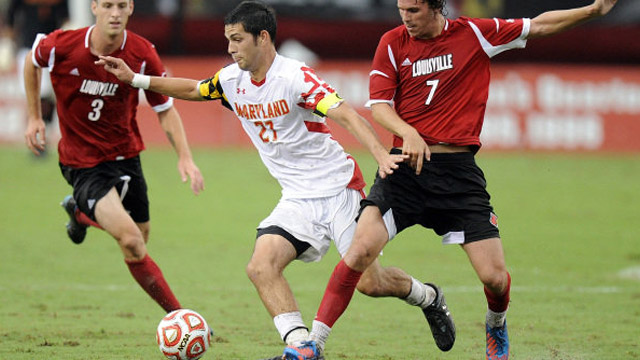 Maryland remains at #1 in the top of the TopDrawerSoccer.com Tournament 48 National Ranking this week following a shutout win over Virginia Tech this weekend.

The ranking is an effort to project the men's college soccer postseason NCAA Tournament field of 48 each week, including the automatic qualifiers from every DI conference. The ranking update is posted after reviewing all results from the previous week. 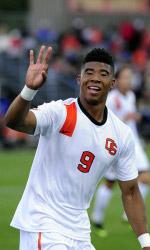 The top portion of the ranking is mostly unchanged, as Connecticut, North Carolina, Akron, UC Santa Barbara and New Mexico held down the top six spots. Indiana moves to #7 following its win over Ohio State and Creighton’s loss to Saint Louis. Notre Dame also dropped out of the top 10 for the moment.

New entries to the ranking this week include Denver, Saint Louis and Syracuse. The complete ranking can be seen here.

Meanwhile, Oregon State forward Emery Welshman is our Men’s College Soccer Player of the Week after his offensive exploits for the Beavers. Welshman scored a hat trick in the team’s 6-1 win over Wisconsin-Green Bay, then added an double overtime golden goal to defeat UC Irvine.

GK: Justin Marshall, Xavier – Recorded 10 saves in posting a pair of shutout wins for the Musketeers.

D: Andrew Farrell, Louisville – Scored a goal and helped lead a strong defensive effort as the Cardinals took an impressive pair of victories.

M: Thomas McNamara, Brown – Scored a goal and added 2 assists as the Bears won a pair of matches.

F: Tyler Peoples, Furman – Scored 3 goals as the Paladins picked up a pair of wins.

F: Stephen Baker, Penn –Scored 5 goals in a pair of wins, including 4 against Rider.

F: Ricky Garbanzo, Coastal Carolina – Scored twice and added an assist as the Chanticleers won a pair of matches.

F: Emery Welshman, Oregon State – Scored 4 goals, including an overtime winner against UC Irvine and added an assist as the Beavers won a pair of matches.

F: Peter Kelly, SIUE – Scored twice, including a late winner vs. Dayton as the Cougars win a pair of matches.