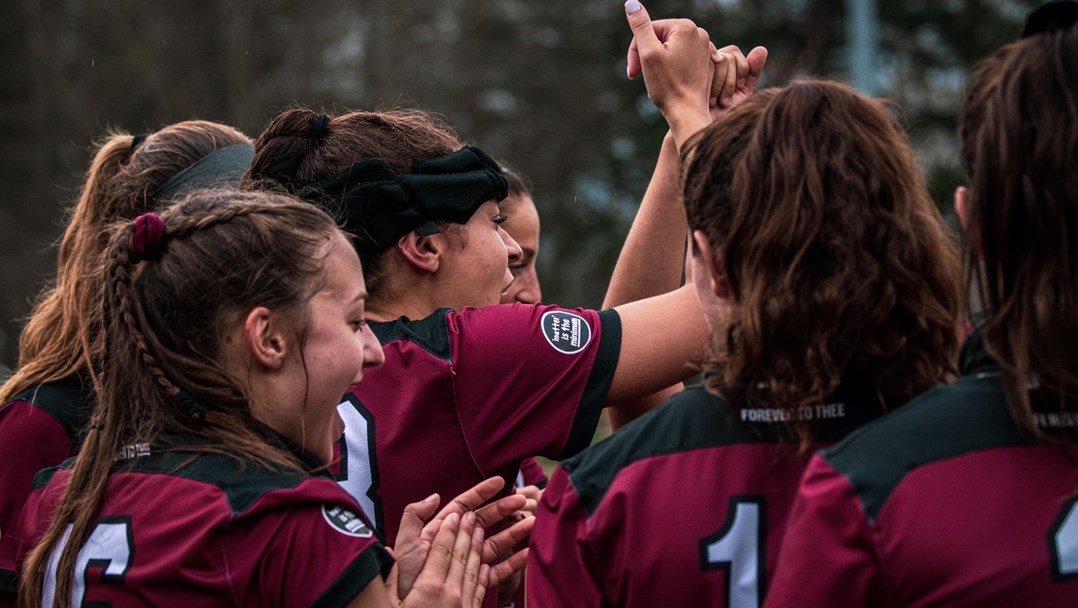 After a long wait, the women’s DI soccer tournament is set to kick off this week.

While held in 2021, the winner of this spring’s tournament will wear the crown for 2020, at least according to the NCAA.

But that is little matter. With a 48-team field, the women’s tournament looks like the men’s in a typical year. Thirty-two teams will contest first round games on Tuesday and Wednesday. Preview each matchup below.

Two teams without a loss lineup against one another, as the American Athletic champs battle the NEC title winners. Central Connecticut will get a huge chance to show what they can do against a higher-tier opponent, but it won’t be easy. Getting a big game from Roma Mclaughlin is a cornerstone of success. But finding a way to slow down the South Florida attack is crucial; Sydny Nasello and Paula Leblic are a talented one-two punch, while defensively the Bulls conceded just four goals in 11 games.

The Pioneers played one of the most robust schedules of a program that sat out the fall, getting through 19 games. Natalie Beckman’s production during that stretch was outstanding, as she scored 10 goals and setup 14 more. It’s a battle between two chance creators, as Loyola-Chicago’s Megan Nemec has nine helpers of her own from 10 games.

A defense led by Mijke Roelfsema at the back and Bella Killgore in goal sets the foundation for Rice, champions of the Conference USA. Furman is far from a runaway powerhouse offensively, but has players like Isabella Guiterrez, Kyndal Anderson and Nieca Gaither that can do damage. This one has all the makings of a tight affair.

Iowa’s dream run in the Big Ten tournament featured two straight 1-0 wins in the semifinal and final. They’d take the same result here against a Campbell side that handed High Point a first loss of the season in the Big South title game. Big games will be needed from Jessica Donald and Elyssa Nowowieski in order for Campbell to win this one.

Dating back to the fall, it was a rocky start for 2020-21 for Navy, losing their first four games and then having two games postponed in March. Since then, the Patriot League champs are unbeaten in six games, including a penalty shootout win in the conference tournament title game. New Mexico are a good team that won the Mountain West, and have players like Gwen Maly and Alesia Garcia that can cause problems for opposing defenses.

Six straight wins, all in the spring, powered the Rebels to an at-large bid. Channing Foster and Haleigh Stackpole provide the bulk of the attacking threat. A matchup against the MAC champs is set for Wilmington. Defending has been a cornerstone of Bowling Green’s success, conceding just three goals in the seven-game spring season.

After winning the Sun Belt tournament, South Alabama lined up a relatively tough spring schedule, going 3-5 in eight games. Brenna McPartlan’s ability to unlock a tough Colorado defense is going to be a focal point, as the Buffaloes dig in deep defensively. Look for freshman Shyra James to be a key player in the attack for Colorado.

Can Liberty ride their ASUN success to a shock win over Washington? The Flames bested both No. 1 seeds, including North Florida and Lipscomb to capture the automatic bid. Shackling Summer Yates and her ability to score or create is a big focal point on coming up with the win in this one.

By tightening up at the back, Southeastern Louisiana won the Southland tournament without conceding a goal. Similarly defensive-minded Rutgers means a matchup between two like-minded teams. The Big Ten side, with a handful of talented freshman such as Sara Brocious and Becci Fluchel to combine with senior Amirah Ali, should have enough to advance.

The Sun Devils just made it into the tournament, despite losing three straight games to finish the Pac-12 season. A 2-1 win against UCLA and a 1-0 defeat of USC stand out as big wins that got them over the line. They should have enough against Siena College, especially if Nicole Douglas gets back on track. The Saints do have a good defensive record against MAAC opposition, and if the back line can be effective, perhaps Deanna Lomino or Emily McNelis can sneak a goal and bag the upset.

Winners of four straight, including a huge upset of a high-powered Hofstra side, Elon has the defensive prowess to blank the Panthers and look for a goal. Jelena Sever and Natalie Auble have delivered the goals for the Horizon League champs, with Gaby Schwartz setting the table. While Elon doesn’t have far to go for this one, the CAA champs are arguably underdogs.

Another compelling first-round matchup between the American Athletic stalwart and WAC champs, there could be goals in this one. The Tigers haven’t been quite as prolific in the final third this season, but perhaps Tanya Boychuk or Clarissa Larisey can snap to life. A collective effort from UVU guides the way offensively, with four players on five goals in the spring season: Jenna Shepherd, Heather Stainbrook, Sadie Brockbank and London Miller.

The Big Sky side makes the trip east to battle it out against a very good South Carolina team. Jyllissa Harris has slotted into the back line to great effect, while freshman Catherine Barry keeps the attack ticking over. Montana played just six different opponents in 10 games, showing efficiency on both sides of the ball. Alexa Coyle will have to have a big game, as both her and Taylor Stoeger were clutch in the spring.

It’s certainly a slight towards UVA to see them among the non-seeded sides, though perhaps that’s down to a loss and draw against West Virginia towards the end of the season. Can that serve as motivation? The attacking pieces are there, whether it’s Alexa Spaanstra, Diana Ordonez, Lia Godfrey or Rebecca Jarrett. SIUE’s ability to cope with UVA’s approach and weather the storm, the Cavaliers can be vulnerable on set pieces or at the back. MacKenzie Litzsinger and Lily Schnieders will need to be alert to convert chances should they arrive.

Despite a Big Ten semifinal loss to Iowa, Penn State will still like their chances of spinning off a handful of wins in North Carolina. First up is the SWAC champs. Alabama State have shown the ability to get success in the final third through Teaggan Ilela and McKenna Wiscombe. Slowing down Penn State’s attack, guided by Ally Schlegel, Frankie Tagliaferri and Sam Coffey will be where the game is decided. Alabama State conceded 19 goals in 12 games, which isn’t bad, but the caution will be there against higher level opposition.

Picking up enough positive results in the Big Ten to secure an at-large bid, the Buckeyes have been buoyed by Emma Sears, Kayla Fischer and Peyton McNamara. Will the America East champs have enough to keep pace? Alyssa Francese is a name to remember if Stony Brook is able to offer the most danger in front of goal.