The opening weekend in women’s college soccer was full of big wins, upsets, and late drama. Take a gander at a recap from the action out West between some of the top ranked programs.

Recap from the games on the other coast.

Stanford (1-0-0) erupted for six goals in 21 minutes during the second half of its season-opening contest against Santa Clara (0-1-0) and cruised to a 6-1 win against the local non-conference rivals.

The Broncos scored first in the 13th minute when Olivia Klei finished off a cross from Sarah Jackson.

The Cardinal caught fire in the second half though.

"We just needed more creativity from the forwards,” Stanford head coach Paul Ratcliffe said after the game. “I told them I thought we were playing well - Santa Clara scored against the run of play - but we had to be more dynamic."

Mariah Nogueira started the onslaught two minutes into the second half. Nogueira headed in Courtney Verloo’s corner kick for the game-tying goal. 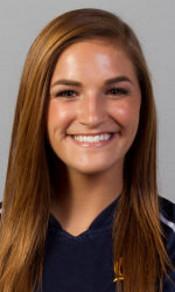 Rachel Quon, Sydney Payne, Alina Garciamendez all scored over the next 15 minutes to give Stanford a 4-1 lead. Junior Natalie Griffen then added two goals in four minutes and 25 seconds to cap off the scoring on the day.

“They beat us in every category in that second half but there were certainly good lessons for our team,” Santa Clara head coach Jerry Smith said. “We'll learn from this and move forward. When you choose to play a team like Stanford out of the gate, you want to know where you stand and we found that out tonight."

Stanford only had four starters from last year’s championship squad in the starting lineup on Friday. Freshmen Kate Bettinger and Laura Liedle started and had impressive debuts for Ratcliffe’s side.

Santa Clara is back in action on Thursday with a road game against #15 California (2-0-0).

On a night when Portland (1-0-0) honored some of its storied alumni, it was the players who are still writing their history that stole the show with a big upset win.

With Olympians Stephanie Cox, Tiffeny Millbret, and Christine Sinclair looking on, Pilots midfielder Ellen Parker deflected a free kick by Amanda Frisbie into the North Carolina (0-1-0) net for the game’s only goal in the fifth minute.

Portland held on to claim its first win in program history against the giants of women’s college soccer in the ninth meeting between the two schools.

North Carolina out shot Portland 20-7, but only managed to get five of those shots on target.

Tar Heels freshman Summer Green had the best chance to nab a point when she cut through the Portland defense to get on the end of a long pass from the midfield. Green ripped her shot near post, but it clanged harmlessly off the outside of the metal.

Portland goalkeeper Erin Dees recorded the win and the shutout at home in front of over 4,000 fans.

Bad weather cancelled UCLA’s opening contest of the season against Connecticut, but the weekend was not a complete loss for the Bruins.

UCLA (1-0-0) claimed a 2-1 road win over Massachusetts (0-1-0) on Sunday thanks to goals from freshman forward Kodi Lavrusky and sophomore defender Abby Dahlkemper.

The Bruins return to the Golden State this week for a road clash against Fresno State (0-1-1) on Friday, and then a home contest against Illinois (1-0-1) on Sunday.

The Golden Bears offense did not waste any time before it started clicking. Olympian Betsy Hassett was the catalyst of the win on Friday over Pacific (0-1-0) with two goals and an assist off the bench.

Pepperdine (1-0-0) senior Anisa Guajardo scored twice and added an assist and the Waves rolled over the Torreros 4-2 to start the 2012 season.

Guajardo’s first goal came in the fifth minute when she finished off a pass from Lynn Williams.

Twelve minutes later, the two reversed roles with Williams scoring off a pass from Guajardo to put Pepperdine up 2-0 in the opening 17 minutes.

Emily Dillon answered for San Diego (0-2-0) with a goal in the 33rd minute off a cross from Erica Peeples. However, Ana Pontes restored the two-goal advantage with a strike three minutes before half.

Meggie Gulczynski tallied the last goal of the game with ten minutes left of the clock, but it was too little, too late for the Torreros.

Pepperdine returns to action on Friday with a home game against Auburn (2-0-0).

For San Diego, the opening weekend went from bad to worse on Sunday when the Torreros dropped their home opener 0-3 to CSU Northridge(w). Stephanie Galarze, Amanda Smith, and Wendy Warner found the back of the net for the Matadors, which improved to 2-0-0 on the season after beating Arizona State (0-2-0) on Friday.

Morgan Kennedy headed in the winning tally with two minutes left on the clock and the Beavers started the season on a victorious note.

Oregon State (1-0-0) is back in action this week with a rivalry game against Portland.

Senior Megan Jurado made the fans wait 105 minutes before delivering the knockout punch on Friday, but she made it worth the wait.

The San Diego State (2-0-0) forward netted the game-winning goal against SMU (0-1-0) in double overtime in the season opener for both teams. Jurado ripped a shot from 12 yards out into the bottom corner of the net.

To cap off the opening weekend, the Aztecs used early goals from sophomores Kelsey Booth and Haley Locker to defeat the visiting Sun Devils of Arizona State (0-2-0) on Sunday.

The Aztecs next face St. Francis(PA)(w) on Friday for their third game of a five home game stretch.

The Lobos only managed to pick up one-point in their swing through the Lone Star State to start the season.

There was no late drama on Sunday though, as Texas Tech (2-0-0) shut down the Lobos attack. Head coach Kit Vela chalked it up to a youthful lineup still getting a lay of the land.

"We are just young and feeling our youth right now,” Vela said. “But we need these types of experiences to try to get better. Tech is experienced and a little bit older, and it showed."

Alex Balcher scored the other Long Beach State goal in the first half. It was wiped off the board by a Jazmin Ponce tally in the second half.