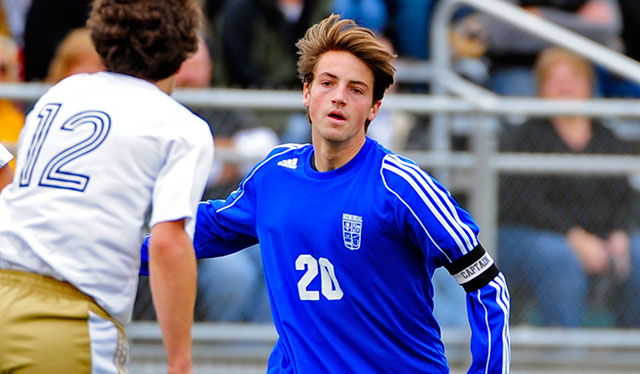 Just like the holidays, the High School All-American Game is seemingly becoming an annual family affair for the Vieths. 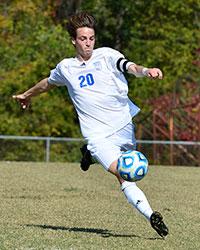 This year’s All-American Games for fall-season high school players will be contested Saturday at Cardinal Gibbons High School in Raleigh, N.C., with the girls match starting at 1 p.m. followed by the boys match at 3 p.m.

“All you can really do is have a good season and try to play and coach as well as you can throughout the year … as it worked out extremely fortunate and happy to get this chance to play and coach together one more time,” said Bill Vieth, who has a 498-94-49 coaching record after 29 seasons at Evansville Memorial.

“It’ll be great to be able to let loose and play one more game of [high school soccer] and have my dad there coaching,” said Jack Vieth, a four-year varsity player at Evansville Memorial and two-time Indiana all-state selection.

The family connections run deep in the 2014 competitions.

In addition to the Vieths, girls players Annika Schmidt from Zionsville (Ind.) and Lauren Harkes from Bishop O'Connell (Va.) and boys player Austin Maloney from Bishop McDevitt (Pa.) each had older siblings play in past All-American contests.

Two years ago, in Birmingham, Ala., Jack and Bill Vieth were in the stands as Michael played in the 2012 All-American Game.

“Seeing the level of play (in 2012) made me realize this will be a lot higher level of play than I’m used to seeing,” Jack Vieth said.

Bill Vieth arrived in North Carolina early Thursday, while Jack was on a later a later flight Thursday in order to get in at least a half-day of school. The rest of the family will trickle in throughout the weekend. Jack’s brothers Tyler Vieth, who is graduating Friday from Belmont University where he just finished his senior soccer season, Michael and younger brother Shawn, in addition to their mother, Sarah, will arrive Saturday in time for the match. For good measure, Bill’s father will be taking photographs at the event.

While Bill and Jack said they are looking forward to Saturday’s high school soccer finale, the seeds might be getting planted for the 2018 All-American Game. That will be the year the youngest Vieth brother, Shawn, will be a high school season.

ROSTER MOVES: Since the release of the original All-American Game rosters in late October, there have been a few changes, mostly relating to recent injuries or other conflicts.