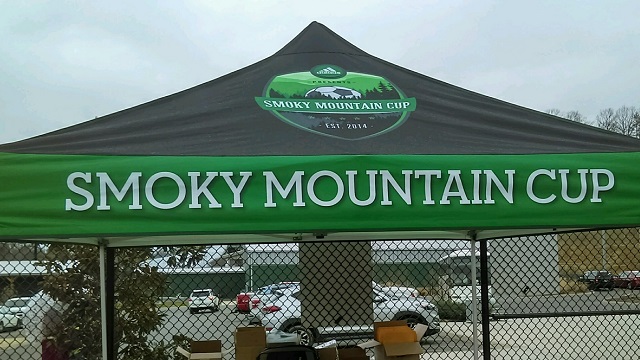 GATLINBURG, Tenn. — A near three-hour bus drive and two games in a matter of six hours … no problem for J.L. Mann (Greenville, S.C.).

As expected, J.L. Mann moves into Sunday’s clash against Station Camp (Tenn.) with the Mount Guyout title on the line. J.L. Mann is 2-0. Station Camp is 1-0-1 following a 1-1 draw Saturday with Greenville.

Coppell and Hardin Valley entered the match with undefeated records, making the contest the de facto championship game, yet Hardin Valley was simply gassed. The team was playing its third high-pressure match in 24 hours and didn’t have the legs to stay with Coppell, who scored four goals in the first half and six in the second. Francisco Redondo led the way with three goals.

Father Ryan (Nashville, Tenn.) and Murfreesboro Central Magnet (Murfreesboro, Tenn.) both went 3-0 in the six-team Mount LeConte Division, but Father Ryan had a better goal differential. Central Magnet, however, shut out all three opponents, making it the only team at the event to post three shutouts.

D George Ackling, Coppell (Texas), Jr.: In a match where all Coppell players saw action, a few new names emerged for the standout list. Ackling scored a pair of goals in the team’s one-sided win over a spent Hardin Valley squad.

D Riley Alexander, Greeneville (Tenn.), So.: He organized a back that was under pressure all night from J.L. Mann, and his distribution from the back helped start counter attacks.

M Drew Amond, J.L. Mann (S.C.), Sr.: Amond delivered one of the prettiest goals of the day, curling a left-footed shot into the upper left corner of the goal from about 20 yards out to start J.L. Mann’s win over Christian Brothers.

F Tyler Jessen, Station Camp (Tenn.), So.: The sophomore scored the team's goal in a draw with Greeneville and he hit the post on another attempt.

MF William McGregor, McCallie School (Tenn.), Sr.: McGregor is a dominating force in the midfield and served up three assists in the team’s finale Saturday.

MF Quinn McNeil, J.L. Mann (S.C.), Sr.: The Clemson signee had four goals and two assists as J.L. Mann won a pair of matches to set up a Sunday clash with Station Camp (Tenn.) for the division title.

F/MF Wyatt Priest, Coppell (Texas), Jr.: Priest made the list for the third straight day, serving up a pair of assists in Coppell’s division title-clinching victory over Hardin Valley.

D Will Turner, Father Ryan (Tenn.), So.: He was solid in the back, shutting down opponents, winning balls and immediately getting Father Ryan into the attack.

D Logan Whaley, Seymour (Tenn.), Jr.: Led the defense for a team that went 2-0-1 and won the Mount Collins Division title. He was able to minimize the production of other teams’ top forwards.