Top 10 matchups in the first round 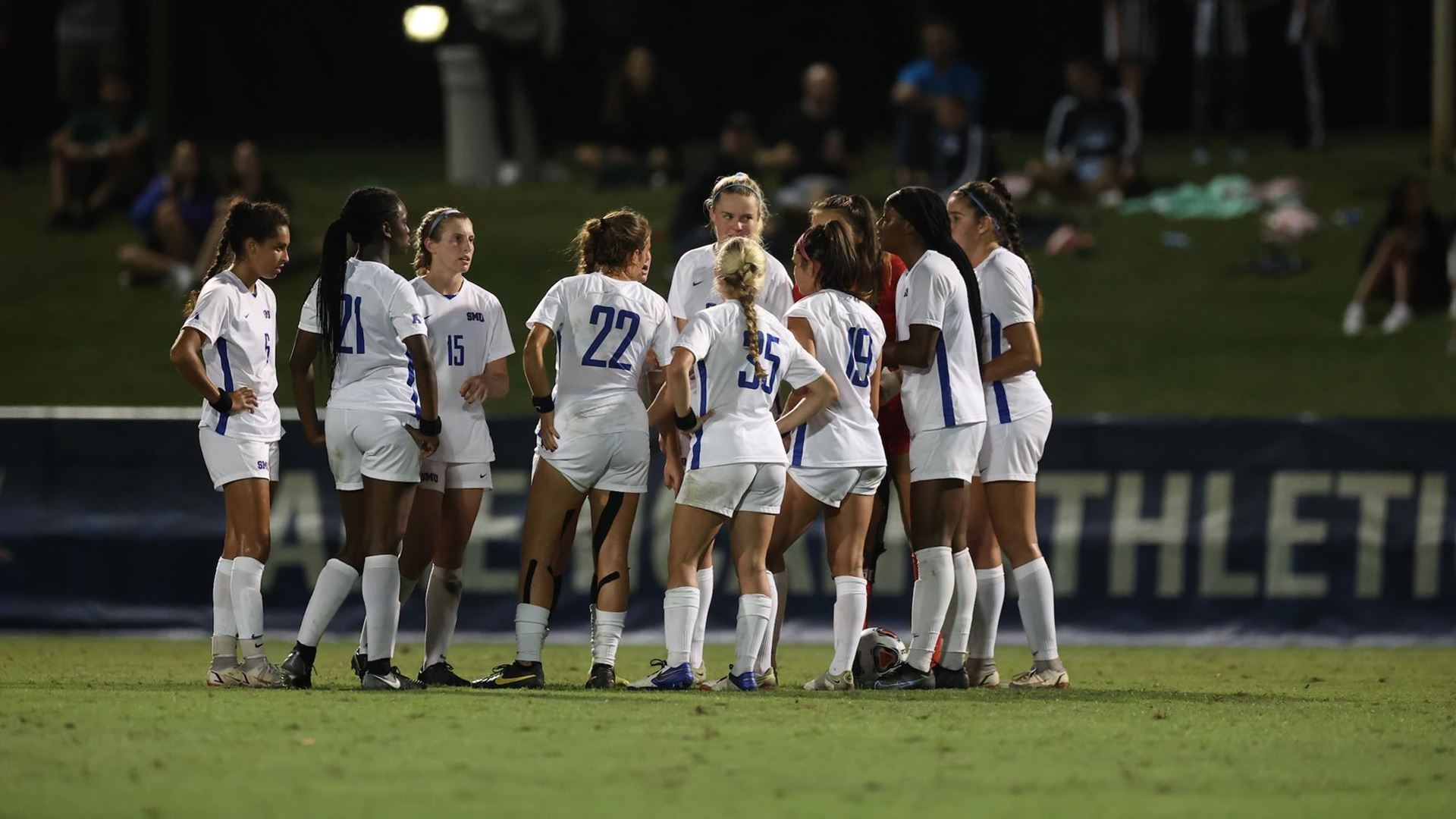 The women’s Division I tournament begins on Friday with the first round this weekend.

TDS picks out 10 of the best matches to track over the next few days as the march towards Santa Clara officially begins.

The two sides from power conferences square off in Blacksburg, with both sides fancying their chances of securing progress. As hosts, the Hokies certainly have the look of favorites, especially as Ohio State’s form took a deep in the second half of the season with just two wins from the last eight games. Kayla Fischer and Kailyn Dudukovich will need to fire. There should be goals in this one, as Emily Gray, Victoria Powell and Nicole Kozlova offer multiple options for Virginia Tech in the final third.

It’s a trip north for the Red Storm, going up against the Ivy League champions. The Bears could fancy their chances of going on a bit of a run in the tournament, as the team has quality up-and-down the field. Kayla Duran will be important in the quest to deny Zsani Kajan any chances in front of goal, as the St. John’s forward hunts the national lead in goals (not to mention securing progress in the tournament). But Brown has dangerous attackers of their own in the form of Brittany Rphino and Ava Seelenfreund. That pair has combined for 19 goals in 15 games.

A marquee clash in the first round sees the Gamecocks make the trip to Chapel Hill for what is surely the NCAA Committee going a bit overboard with geographic matchups. It will be the first test for UNC after missing out on the ACC tournament. Could that be the time off needed to set the Tar Heels on course for a national championship? Getting healthy won’t hurt, though the counter argument to that is the team won’t be quite as sharp, especially against a good opponent. South Carolina has the quality to win away from home, though suffered a dip in form through the end of the season with just two wins in seven games. Catherine Barry will give Maycee Bell and Claudia Dickey problems, and if the sophomore has a big game, it bodes well for the Gamecocks. If UNC, which leans on younger players, comes out here fresh and rejuvenated, getting big plays from Emily Colton and Emily Murphy, it will set the course for a positive run here.

Another intriguing first-round matchup sees the Horizon League champs hit the road to play at the Big East program. The Panthers have the second-best offense in the nation based off goals per game, hitting 62 while conceding just six. Even more than that, they have the statistically best defense in the nation. Mackenzie Schill and Lesley Kiesling have chipped in 22 of those. Xavier goalkeeper Olivia Jenkins has 10 shutouts on the year, so it’s a classic matchup between each team’s strengths. If Milwaukee gets the attack going and scores early, it is going to ramp things up quickly.

Geography strikes again for this matchup, as the Cardinal makes the trip to the home of the spring champions. The two sides played earlier in the season, a 3-1 win for the Pac-12 outfit. Since that defeat, Santa Clara fine-tuned a few things, winning eight of the final 10 games. Momentum is on their side, as the Broncos bested BYU during that stretch. Stanford had a solid conference season, finishing third in the Pac-12 behind UCLA and USC. While the Broncos hold the slight edge in attacking options, through either Isabella D’Aquila or Kelsey Turnbow

A classic matchup between a mid-major program and Power 5 school, both the MVC champs and Big Ten regular season runners up had excellent seasons. Megan Nemec helped guide Loyola to an undefeated season in the Missouri Valley Conference, drawing just once and winning the final five games of the season; the Ramblers haven’t lost in 10 games. That gets thrown out the window in a knockout tournament, and Purdue has the Big Ten Forward of the Year in Sarah Griffith to lead the attack. Emily Mathews is a talented attacking foil to Griffith. If Loyola-Chicago finds a way to slow Griffith down, the pathway to a road win could certainly appear.

Similar styles are set to battle it out down in Florida on Sunday when the Wolfpack visit the American Athletic Conference side. Per InStat, South Florida averages 616 pass attempts, while NC State 514 during this season. Both completed just slightly more than 80% of those. The experience advantage goes to South Florida, whether it’s the dynamic attacking talent of Sydny Nasello, or the defensive quality of Chyanne Dennis. Big wins against Duke and North Carolina demonstrate that NC State has the quality to pull off the win here. Jameese Joseph has scored her share of big goals, while freshman Annika Wohner chipped in five goals of her own. Fans of possession soccer should tune in for this one.

Two of the younger teams in the nation (at least when it comes to starting first-year players, with Wake trotting out four and Harvard three at the beginning of games) make for fitting first round foes. There is plenty of room in each team’s lineup for experience of course, whether that’s Jenna Menta and Hulda Arnarsdottir at Wake or Angela Caloia and Sophie Hirst at Harvard. Injuries have depleted the Ivy League side, with key players like Josefine Hasbo and Murphy Agnew missing big chunks of the season. It will be interesting to see where the game is decided, whether it’s young talent or the veterans keeping one team’s season alive.

Speaking of starting freshmen, the Longhorns have their young corps already paying dividends this season, leading to an NCAA tournament return. The reward is a trip up to the Dallas-Fort Worth region and a matchup against the Mustangs. The one-two punch of Trinity Byars and Lexi Missimo obviously earn the bulk of the headlines, even if the Longhorns were unable to find a way to best TCU to win the Big 12 tournament last weekend. Shutting down that pair is a good starting point or the SMU back line; the Mustangs top scorer this season was Wayny Balata with just five, so there’s little doubt that a high-scoring affair favors the Big 12 side.

A roller coaster of a regular season ended with an at-large bid. After a stellar start to the season, LSU faltered, and a win against Arkansas in the final game of the year likely secured their spot here. Both teams suffered dips in form in the middle of the season, as Memphis endured a three-game slide before righting the ship and winning the AAC tournament. Tinaya Alexander’s going to be a key figure here. If her ability on the ball can unsettle the Memphis defense, it can open up options for some her teammates in the final third. Tanya Boychuk led her team in scoring with six goals, as Memphis scored plenty of goals but also showed a solid defensive setup, conceding just 10 goals in 19 games. This should be a very close matchup in the end.