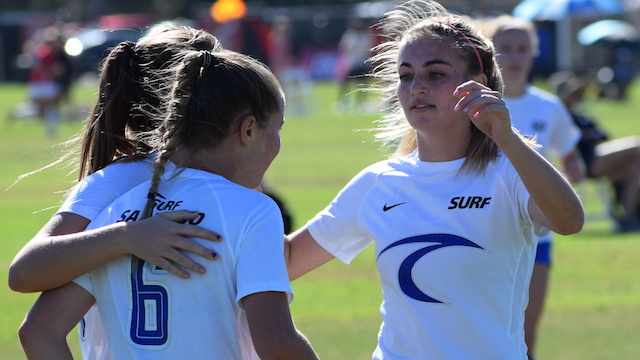 The ECNL National Event in San Diego was the first major event of the club soccer season with some of the best teams in the 06, 05, and 04/03 age groups at the event. U.S. Soccer sent a handful of scouts to the event to scout the marquee games and look at potential players for the youth national team program. Perhaps surprisingly, Mexico Federation also had a scout in attendance for the ECNL event.

Beyond the international scouts, college coaches packed in the sidelines as they looked for new recruits for the upcoming classes. From the ECNL Event in San Diego, there were plenty of worth contenders.

Following every major event, TopDrawerSoccer awards a Best XI from the Showcase. The players included in the Best XI were standouts from the games I saw at the event - some repeats from the daily standouts and some new names. Check out who made the list below.