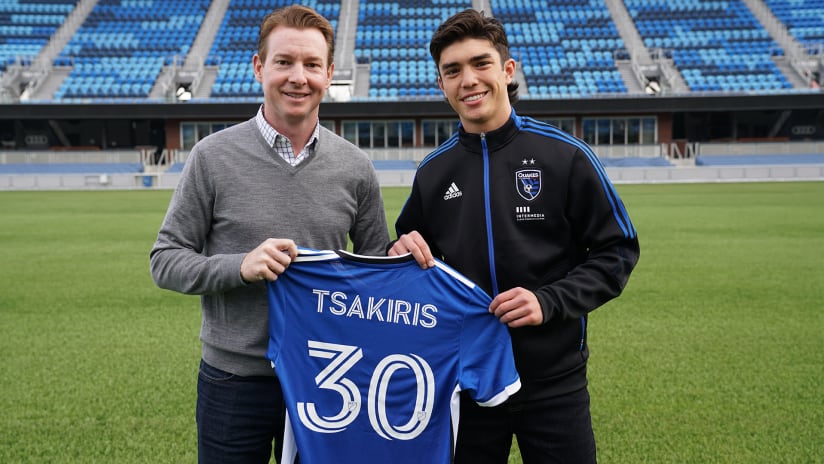 Sitting at No. 26 in the 2024 Boys IMG Academy player rankings, the 16-year-old has been called into U.S. youth national team camps at the U15 age group.

“Niko is an incredibly promising young player that we integrated into First Team training sessions throughout the 2021 season in preparation for this opportunity,” Earthquakes General Manager Chris Leitch said in a press release. “We’ve always been impressed by his soccer intelligence and technical skill as an attacking player and have a development plan in place to help him reach his potential in San Jose. I’d like to thank his parents Shaun and Nyssa for their support throughout this process.”

Prior to joining the Earthquakes Academy, Tsakiris played at De Anza Force and IMG Academy. His contract runs through the 2025 season.

This kid's got SKILL 🔥

“I’m thankful for the opportunity and humbled by it,” Tsakiris said in a press release. “I’m looking forward to being a part of this group and growing along with the team. I can’t wait to get started.”