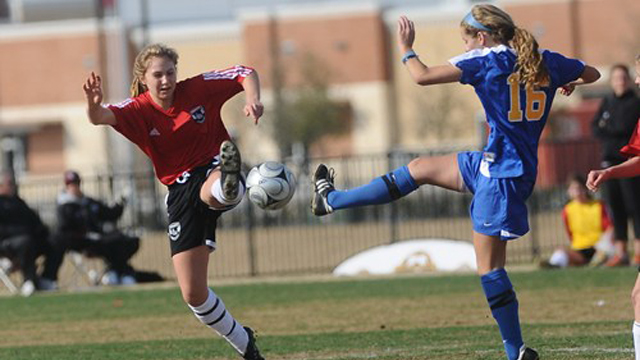 The invitation-only camp brings together some of the top players in the 1997, 1998, and 1999 age group for a weekend of high-level training. These players are sought out at US Youth Soccer ODP events in each of the four regions and then assembled for this three-day experience of small-sided drills and sessions with quality coaches. 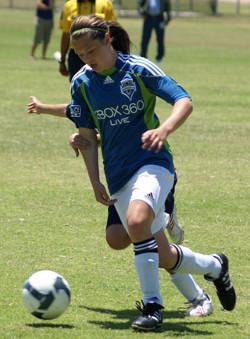 In the past, many youth national team stars have received their first looks from the national team staff through events just like this. This year’s roster features a number of promising players including a few of the top scorers from the Elite Clubs National League (ECNL), the top girls club soccer league in the country.

U.S. U14 Girls National Team midfielder Kaitlin Higgins (FC Lehigh Valley/Pennsylvania) leads the charge from Region I, as the youngster is one of the few who has already caught of the eye of the national team scouts.

Higgins is not the only youth national team player at the event though. Fellow U14 GNT standouts Madison Schultz (Northwest Nationals/Washington) and Cameron Dyke (Colorado Rush) are with Region IV in the 1998 age group.

In the 1997 age group, Wisconsin’s lone player at the event Malley O’Brien (Minnesota Thunder Academy) makes her appearance. O’Brien took part in the same camp last year when it was held in Las Vegas.

Region IV, once again, boasts some youth national team players with left back Eva Buechler headlining the roster. The San Diego Surf player has experience at the U.S. U15 GNT level.

Full rosters from the national training camp can be found below.

The US Youth Soccer ODP also had a recent event for the boys with the Winter Interregional concluding in Bradenton, Florida a couple of weeks ago.

Region I swept the event with a perfect 3-0-0 record. US Youth Soccer released its list of top performances at the event including U.S. U14 Boys National Team center back McKay Eves.