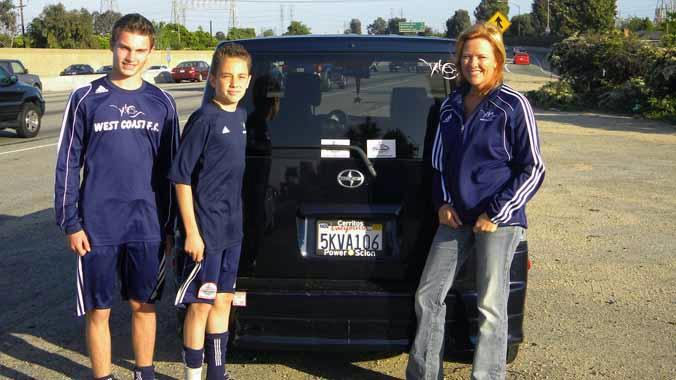 More than an hour later each will still be driving.

As soccer families continue to seek the best opportunities for their children, families like the Wattses and Corrals are increasingly willing to literally go the extra miles. It is a lifestyle that may seem like too much, even to others already in the all-consuming fire that is elite youth soccer, but Kathy and Kristina have no doubts they are doing the right thing.

“We started here in Harrisburg (with a local club),” Kathy Watts explains. “But we wanted to put our kids in the best situation to succeed and be challenged on a daily basis. That’s why we looked for a team like that.” 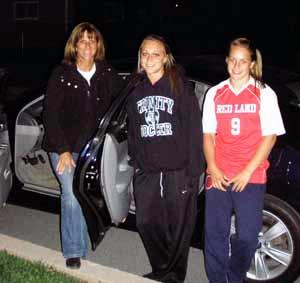 The Watts family
“People ask me ‘Are you crazy? Why don’t you play for a local team?’” she said. “But this was a great opportunity and by now I don’t think it even phases him.”

The Watts’ oldest daughter Brinley plays for a top-notch U16 team, Penn Strikers, whose training and home games are at Eastern University in the Philadelphia suburb of St Davids. Bryce plays for U13 standouts Spirit United in Downingtown. Both locations are more than 70 miles away from the family home in suburban Harrisburg.

Cruz Corral and his ride-sharing teammate Thomas Hutchings play for the highly-regarded West Coast FC U14 team, which trains and plays home games in San Juan Capistrano, well down the 5 freeway in Orange County. They live however, much closer to  Los Angeles in Redondo Beach, about 60 miles away (and when it comes to traffic in Southern California, the territory is often worse than the distance).

But there both of the families go, at least 3 and often 5 times a week.

Kathy Watts said that while sitting in a car for 6 or 7 hours at a time for 3 or more times a week isn’t necessarily her first choice for leisure time, the value of the whole thing to her family is unquestionable.

“What I do get is quality time with my kids,” Kathy, who has put 60,000 miles on a vehicle in less than two years, said. “As they get older, there is a lot of time on the computer, texting or doing their own thing. “Because of this I get some very special time with the girls. We share a lot of laughs, a lot of tears and some motivational conversations.

“We all work hard,” she continued. But Randy (her husband) decided we would do anything we could for the kids. There are sacrifices, but that’s why you have children; to give them the best opportunities you can provide.”

Like Kathy Watts, Kristina Corral works full time to go along with her gargantuan chauffeur responsibilities. In their case, the Hutchings drop Thomas off at her place of business, she then swings by her home to pick up Cruz and then down the freeway they go.

Nightmare stories about the commute are fewer than you might think.

“There have been maybe three times we couldn’t make it, where there was a big accident or whatever,” she said. “The coach has been cool about it. Even if we were going to be 40 minutes late he said ‘don’t make yourself crazy.’ 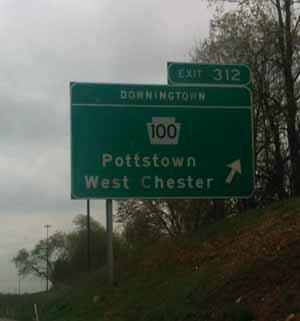 Pennsylvania Turnpike
Kristina Corral also noted having some meaningful 1v1 conversations with her son, who is a darting little winger with a ton of creativity and explosiveness on the ball.

Brinley Watts, a strong defender for her Penn Strikers team, said she is well accustomed to the commute and has no regrets.

“Actually, I like traveling for soccer. I love my team and the relationships I have with all the girls,” she said. “Locally we don’t have the same caliber of team and the team is really understanding if we can’t make a practice because of the distance. Even with my older brother (college baseball player), we traveled a lot for his sport, so we were all kind of used to it. I can sleep on the way down and stay up on way home. Being in the car a long time doesn’t usally bother me when it comes to being able to play well.”

Her younger sister Bryce said she has fun explaining to her friends about her road warrior status.

“When I say I’m going to Philly that night they’ll ask if I’ll be at school the next day. They don’t think I’ll come back or realize that we just go back and forth,” Bryce said. “I make sure I stretch and make sure I’m loose so I don’t get hurt from sitting in the car.

“I think my mom is crazy for taking us so much, but I’m glad she does it or else we wouldn’t get the opportunity we’ve had,” she continued. “We have a little book light that we put in the car and we’re just used to doing this.”

Kristina Corral, who has become a complete soccer junkie to go with her career, parent and chauffeur portfolio, added that homework in the car is also a common activity for Cruz. She did note that the commute to practice and games pales in comparison to a trip the two of them are taking in June, when they will attend the World Cup in South Africa together.

I guess the distance of trips is all relative.