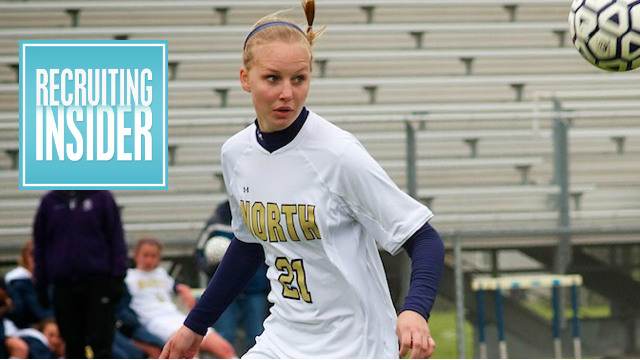 Want to be featured in our Recruiting Insider series? Email us at [email protected]

Michelle Manning’s recruiting search places her in a small minority of girls soccer players her age.

While two-sport athletes aren’t that unusual, Manning’s second sport is ice hockey, and she’s still hoping to continue playing both sports in college.

“I am in the first steps of the recruitment process because I'm still exploring my option as a dual athlete,” she wrote TopDrwerSoccer.com in an email. “Besides playing for the U18 Michigan Hawks (her age group beginning with the new season), I play ice hockey for the U19 Honeybaked AAA team. It is a very difficult decision when you are passionate and committed to two national-level teams.” 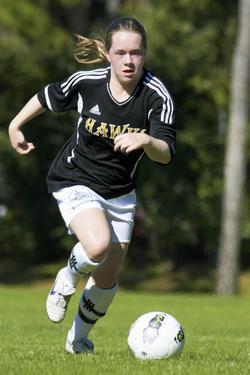 Being early in the process at this age isn’t any concern for her as she’s made stops not too far from her Michigan home.

“So far, I have visited many colleges campuses on my own, mainly in the Midwest,” she said. “I plan to visit numerous east coast colleges this month while on vacation and later visit schools in other parts of the country.”

Manning hopes to make a decision sometime during her junior year as she searches for the right combination. And although sports are playing a big role, the books come first for her.

“I am really focusing on getting into a very strong academic school because academics are very important to me,” she said. “I am looking for a program where I can balance my academic and athletic goals.”

A forward from out of the Midwest, Katharine Richards has lofty ambitions when it comes to her college search.

With aspirations of Ivy League soccer, Richards is also motivated by her desire to see a new corner of the country.

“I want to go out East to get out of the Midwest, and experience a different region,” she wrote TopDrawerSoccer.com in an email. “I’ve traveled a lot for soccer and have gotten to know girls from around the country.”

Along with schools like Yale and Penn, Richards also looks to a place like Emroy(w), located in Atlanta, as a place to go.

Of course, location is also just a small portion of the search, as she’s looking for a program with a prestigious reputation.

“For me, selecting a school is all about finding a college that has a well-known academic reputation,” she said. “Although I love playing soccer, I will most likely make my living in some other field after college so a great education is an important part of the preparation.”

A Wisonsin native, she’s also hoping to move to somewhere a bit bigger, as well as warmer.

“I also definitely want a beautiful campus setting that is located either in, or close to a major city preferably with moderate winters as I’m from Wisconsin, and I’ve had my ‘unfair’ share of cold, snowy winters,” she said.

The months ahead are plenty busy for Richards, and she’s fresh off an experience at Penn’s Elite Camp, where she met a bunch of quality peers and learned about the level she needs to aspire to reach in order to land at one of her dream schools. But this last year has been extremely valuable as she looks for that right fit.

Want to be featured in our Recruiting Insider series? Email us at [email protected]