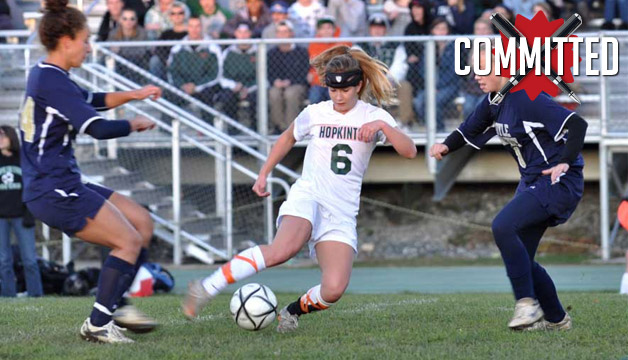 Question: How does a small, private Catholic school with less than 4,000 students morph into a major soccer powerhouse?

The answer: One player at a time.

The Portland women’s soccer program is one that warrants emulation from championship-aspiring schools around the country.

Comparatively, we wouldn’t call the city of Portland a hotbed of athletic talent, nor would it pop up on your shortlist of coveted U.S. destinations. Though somehow, the Pilots have built a standard of excellence that carries on through the names of players like Michelle French, Justi Baumgardt and Megan Rapinoe.

And the tradition continues.

Allison Wetherington, a Concorde Fire starlet, is one of three 2013 top prospects who have hitched their future to the little school with a big resume.

Wetherington, ranked No.30 in the Top 150, explains a portion of what draws standouts to the Garrett-Smith coached Pilots.

“If you love soccer, Portland is the place to be,” Wetherington said. “Their fans fill the entire stadium every game and that's the kind of atmosphere that all soccer players dream to have.

“When you step on Merlo Field you have no excuses. The fan and student support is something you don't see at just any college. It’s a very special place with long history and tradition and I wanted to be a part of it.”

Wetherington has been a part of her share of special teams, be it the U.S. U17s, U18s or U20s. She’s traveled with her regional squad and with the Concorde Fire of the ECNL, of course.

But what awaits her at Portland is something completely different.

“I am thankful that I will be playing with a team that competes at such a high level,” Hall said of Portland, which won the national title in 2005. “Soccer is a huge deal at Portland and they have a history of great records.”

Records that are sure to continue.

Meghan Beidleman (NEFC Elite) has verbally committed to Hawaii Pacific for the 2013 season.