Study released on consequences of no sports 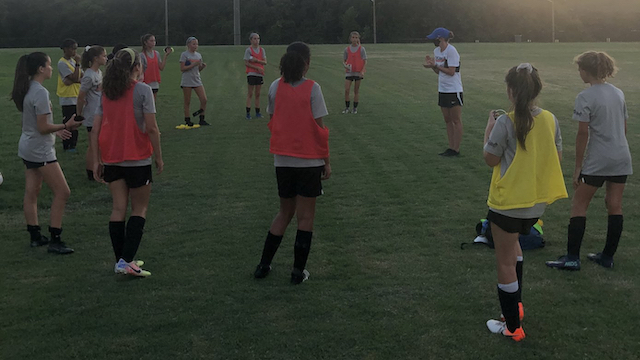 Are kids going to walk away from sports forever after being shutdown from physical activity for months? Is depression on the rise without the connection to teammates and physicaly activity during the shutdown?

That’s among the consequences that ECNL’s Chief Medical Advisor, Dr. Drew Watson, and his colleagues discovered after conducting a survey in May among Wisconsin’s adolescent athletes regarding the “impact of inactivity on youth athletes.”

Dr. Watson wrote a summary of the study for the ECNL website, which was published on Tuesday.

The purpose of the study was to look at the impact that sports being canceled and schools closed had on “the health of adolescent athletes.”

Dr. Watson’s study with his colleagues from Wisconsin consisted of over 3,200 participants. The full study’s results are available online and over 20 pages long. The condensed version posted on the ECNL website on Tuesday featured some of the highlights of the study.

Prior to the outbreak of COVID, the Surgeon General released the National Youth Sports Strategy as an attempt to make sports more accessible after seeing the physical and mental benefits of sports participation in youth.

Following the shutdown, the study that Dr. Watson conducted revealed how detrimental inactivity is to children.

“Physical activity levels dropped by an alarming 50% compared to pre-COVID levels,” Dr. Watson wrote. “If extrapolated to the rest of the country, this could be the least physically active that children have ever been.”

Dr. Watson also suggested that there is a concern that children will not return to sports after this shutdown, with that “contributing to increased childhood sedentarism and obesity.”

The study looked at the mental health implications with the lack of physical activity.

The startling numbers are part of the larger picture that Dr. Watson and his coauthors discovered.

“The majority of mental health disorders begin during childhood and adolescence, and the potential psychological consequences of prolonged isolation and physical inactivity in kids should not be minimized,” Dr. Watson wrote.

Dr. Watson does caution that this is not reason to just run back on the field. COVID-19 is still a very real threat across the country.

“This is particularly dangerous for those groups who appear to be most at risk of complications from the disease,” Dr. Watson wrote in the condensed version of the study. “Currently, however, the evidence suggests that children are less frequently infected with SARS-CoV-2 than adults, and when infected they typically experience less severe disease. Of course, infected children could potentially transmit the disease to adults who may be at greater risk of complications from COVID-19. But it appears that children, particularly younger children, are less likely to spread the virus to others than adults, and are generally not identified as the source of outbreaks.”

In regards to soccer, Dr. Watson suggests that the scientific data shows the sport (in regards to how it is played) would not be a hotspot for the spread of the virus.

“With respect to soccer, early data seems to suggest that the time spent in close proximity to other players during a soccer game is limited and falls far below the duration that is felt to represent sufficient exposure to result in viral transmission,” Dr. Watson writes. "While there is a real need for additional evidence to guide decision-making for different sport contexts, this early information provides some encouragement for youth soccer environments.”

Dr. Watson concluded his recap of the study with a word of caution about the virus and also about what he learned from the survey.

“The dangers of COVID-19 are real, and we should work to develop and embrace risk mitigation strategies that can reduce transmission within youth sports environments,” Dr. Watson wrote. “In doing so, we must also recognize the profound negative consequences that social isolation, restriction from sport, and the loss of physical activity can have for children. My hope is that we will ultimately come together to identify a safe way for all young athletes to benefit from the innumerable benefits that sports provide.”