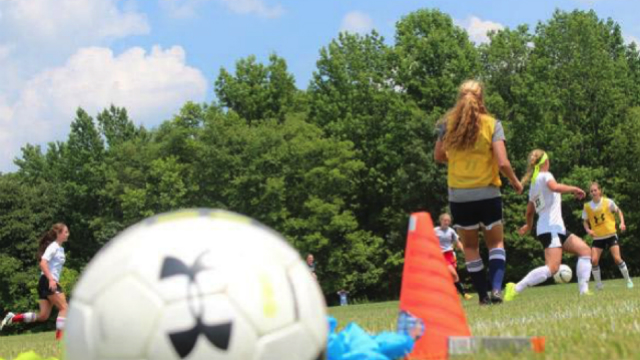 The TDS Combines’ summer events have wrapped up, but before we look forward at our upcoming fall events, let’s take a look back at the highlights, bloopers, standouts, testimonials, and more…

Interested in attending a fall event? Sign up before Midnight Friday October 2nd and receive a 20% discount using promo code WINTER when registering.

Goals of the summer:

Girls - Gianna Flowers, Raleigh Combine: Flowers scored on an exquisite chip from 20 yards out, the ball floated over the keeper who was yet to concede on the day.

Boys - Gerald Maher III, Forward, Beachside SC: Maher’s goal came on a cracking 30-yard shot. Maher cut in off of the right hand side and launched a vicious strike towards goal. The shot knuckled and moved every which way until it found the far upper-V.

Pass of the summer:

Haley Seabolt, DC/Baltimore combine: Seabolt’s special moment came on a fantastic cross field ball from deep in her own half, from right to left, into the path of a teammate who took a touch in her stride and finished it in the bottom corner.

Showboat of the summer:

Adam Habib, St Louis Combine: He left the coaches and crowds gasping and in awe with a back heel nutmeg on a 1v1 to the left touchline during full field games. Every parent and coach in attendance could hardly believe the audacious, creative move the Habib pulled off; and the defender never even knew what happened.

Quantrell Jones, Baltimore/DC combine: Jones has the all the qualities to become an incredible goalkeeper. He has imposing size, especially for his age. He shows excellent, soft hands and has a great vertical which only extends his massive length. Jones is an intimidating player at any level and has potential to really make it in college and beyond. He is excelling in every aspect of the game, including the ability to play with his feet. Jones is one to watch.

Colin Daughtry, Raleigh combine: Daughtry bossed the midfield throughout the full-field scrimmages in Raleigh. He commanded his team both offensively and defensively. Not only does he lead through his communication and soccer IQ, but also through his actions and team-first thinking. He is fluid in his movement off the ball and was always willing to make the hard run to open space for his teammates. Daughtry is perfect for any possession-oriented team as he is very technical. He is a player to keep an eye on as he progresses over the next few years.

Maggie Pierce, Raleigh, Tri State & Chicago Combine: Peirce made an appearance in all three Best XIs from the Combines that she attended. She is a versatile player who plays with maturity beyond her years. She is reliable defensively, strong and quick for her age, and has the ability to break forward and create things in the attacking third down the line.

Brittany Montgomery, Atlanta Combine: A regionally ranked player at TDS (No. 37), Montgomery had a fantastic day up top. She finished and created a number of opportunities and showed her ability to hold up play, run in behind defenders and link up with the midfield. Deceptively fast, and tricky in possession, Montgomery has a bright future ahead.

Young one to watch:

Ava VanMarter, Atlanta Combine: Van Marter was one of the youngest girls in attendance and showed all participants that age is just a number. Controlling the tempo of the game she ran at players from the midfield creating an abundance of chances. She also has a fantastic passing range and vision for her age. Her performance on the day left coaches nicknaming her “Twinkle Toes."

William DuBay, Nor Cal Combine: DuBay is an extremely talented individual who showed impeccable attitude and love for the game. He was a constant threat when running at players down the wing. He earns this unsung distinction due to his team first mentality.

Ethan Hunt, NorCal Combine: Hunt is a quality young goalkeeper but an even better individual. He is always willing to put in the work and effort in training and is a true team player in full field games. Hunt is a joy to work with and a valuable addition to any team.

Meaghan Haley, Atlanta & Tri State: Haley has all the physical attributes to be a successful D1 goalkeeper. Confident and commanding, she made some great saves during the full field games.

Samantha Stutsman, St Louis & Chicago: Stutsman is a midfielder with a creative attacking mentality. She has the ability to run at players, the creative to link up and got a lot of great shots off with both feet during the games. She possesses great physical attributes, fast, strong and agile and constantly wants the ball.

“TDS did a great job organizing the event, everything from the coaching groups to the lunches were carefully considered around the players needs. Players and parents were also treated to some fantastic insight into the college recruitment process from a variety of college coaches. All in all the TDS Combine is a must for any aspiring student athlete.”

“Before registering for the TopDrawerSoccer Combine, we did not really know what to expect. The college coaches and staff are great. My daughter got a lot out of the event and created some vital connections that she would have otherwise missed out on. The players that attended the combine were amazing and a test of my daughters skill.  We are looking forward to the next combine”

Over 100+ college coaches attended one or more of our events this summer. Click here to see a list of the colleges who attended, and will be attending, in 2015.

Don’t worry if you missed out thus far, there are four more chances to participate in 2015. With seven of our nine Combines selling out already, be sure to secure your spot for one (or all) of the remaining events during this three day flash sale (you can always cancel/modify your plans if your schedule changes).

Interested in attending a fall event? Sign up before the end of day on Friday October 2nd and receive a 20% discount using promo code WINTER when registering.