The Ajaxification of D.C. United’s Academy 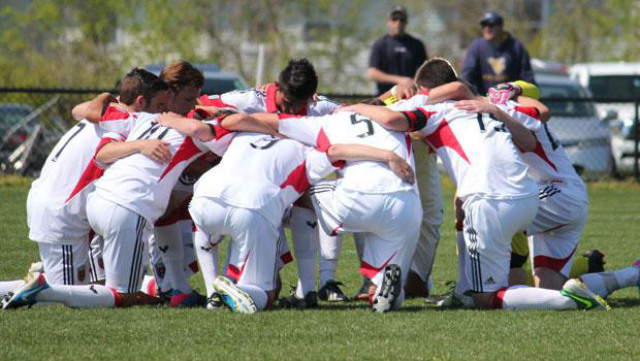 WASHINGTON — The primary goal of every professional soccer academy around the world is simple: produce players for the first team.

That approach is relatively new to North American shores, especially when compared to clubs across Europe and the rest of the globe. The academy system in Major League Soccer is still in its infancy stages, as clubs were previously concerned about basic survival. 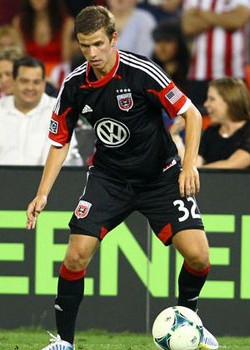 So for a U.S.-based club like D.C. United, in order to improve its ability to churn out players of that caliber, it turned to someone with ample experience in the field of development. Former Ajax youth coach and player Sonny Silooy was hired in 2011, and since then, the former Dutch national team player has done his best to turn the MLS Academy into a pro-producing arm.

That challenge already had a decent start, as former MLS player John Maessner started D.C.’s youth program. Signings from the academy had already occurred too, including goalkeeper Bill Hamid and Andy Najar, the latter of whom was sold to Anderlecht in Belgium earlier in 2013.

After his first two months of observation, Silooy made a presentation to the coaching staff and management team, with the overall goal to install a Dutch-influenced philosophy on the D.C. Academy. Drawing on lessons from his Ajax playing and coaching days, Silooy gradually began implementing new ideas in the nation’s capital. Perhaps the most familiar philosophy visible on the field is the academy’s use of a 4-3-3 formation with every academy team’s age group.

“4-3-3 for the youth is the best because the positions on the field are better covered and you can give the players more tools when you play the 4-3-3, more technical and also more tactical tools,” he said. “Because I played it my whole life, it’s easy to explain, which is good because I coach the coaches. I jump in when it is necessary to one of the sessions and I maintain now at the moment what the coaches are doing.”

Early in the installation of the new philosophy, Silooy would attend nearly every single Academy training session, saying that he was there “90 to 100 percent” of the time during practices.

Now, it’s more about maintaining that structure. He oversees U16 coach Tom Torres and U18 head coach Nolan Sheldon, all the way down through to the U12 age groups. One of his primary tools for keeping track of the academy operations is through the Ajax Online Academy.

An online product created by the illustrious club, it operates as a database offering access to Ajax drills the club uses on its youth teams. D.C. coaches have access to the and input every drill run in training sessions, not to mention the staff as a whole has the ability to enter and track every player in the Academy.

And Silooy can also tell what is being worked on when watching the team compete on the field.

Originally coming to the United States to coach USL side Dayton Dutch Lions in 2010, Silooy originally joined D.C. as an assistant coach in 2011. Prior to coming to the United States, he was a youth coach at Ajax from 2003-2008, where he coached at the U13 and U19 at different junctures. Current pro players he coached in Amsterdam include Vurnon Anita (now at Newcastle United), Toby Alderweireld (now at Atletico Madrid), Jan Verthongen (now at Tottenham), Siem de Jong (Ajax), Ruben Ligeon (Ajax), Stefano Denswill (Ajax) and Gregory van der Wiel (Paris St. Germain).

Now, figuring out ways to help D.C. produce pros is his main goal – certainly more valuable to him than winning games on a weekly basis.

“When you’re winning every game, and you’re not bringing players the right tools, you’ll never survive in soccer, and never survive in professional soccer,” he said. “When you are producing one kid a year in an academy like this, you’re doing great.”

While winning receives a bit more emphasis at the older age groups, the team’s academy is more focused on the individual development of players and how they solve problems on the field. They stick to the tactical plan, usually a 4-3-3, 3-4-3 or even 3-3-4, and try to extol the values of keeping the ball and winning the battles on the field.

“I was never a champion in the Netherlands in my youth. But I played in a Champions League final and with the national team. This is what you’re doing it for.”

During his time as Academy Director – the official title Silooy took in October 2012 – D.C. has signed two players from the academy, inking forward Michael Seaton in January 2013 and midfielder Collin Martin in July. He says that he sees other players within the academy who are potential future signings as well.

A few of his future goals include improved facilities to offer players, smaller roster sizes and ensuring that top players are on the roster. Other than that, he’s keeping it simple, as he searches for pro soccer talent in the D.C. area to continuing the Dutch evolution.

“We maintain our philosophy,” he said about future goals. “We stick to the plan about what we’re doing, how we’re playing, in the 4-3-3.”