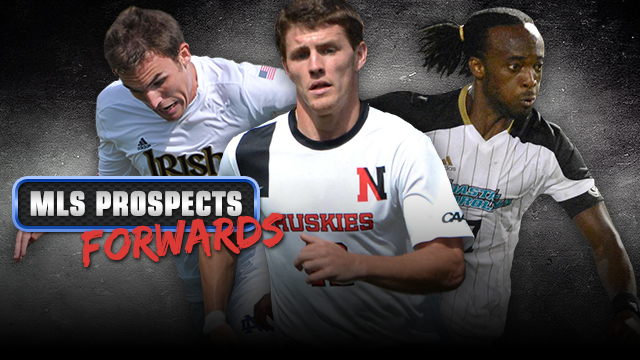 Scoring goals. It’s the reason why the game is played, making the stars who can find the back of the net all the more important.

Most often, when examining MLS, a successful college goal scorer is far from a guarantee to find success at the next level. The defending is better, players are bigger, stronger and faster, and it takes time to adjust.

Often a player who excelled as a striker changes position, sometimes dropping into the midfield or even to the back line. Expect to see more of the same from what is a decent crop of senior strikers looking to land somewhere in MLS. 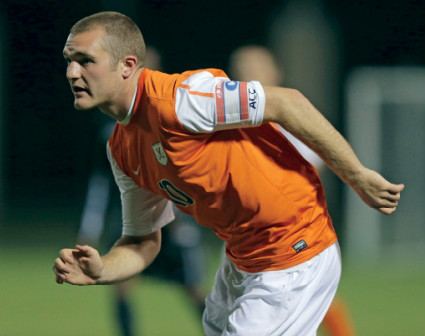 Rundown: Finishing a college career strong always helps to earn a combine invite, and Anding did just that with 14 goals playing mainly as a forward last fall. He’s lumped into the versatile category, and could end up playing as an outside back at the pro level.

Rundown: A junior college transfer who burst onto the season in 2011, Bennett’s numbers are extremely gaudy, and the pacey Jamaican striker is a proven scorer. His demeanor and attitude has sometimes caused problem, but if he can find the right fit -- and someone willing to take an international -- he could land on his feet somewhere.

Rundown: For many college forwards, the biggest challenge in adapting to MLS is coping with the physical demands, and Bates is tailor made to deal with that from day one. However, he’s not just a bruising body, but can also hold the ball up, connect passes and most importantly, finishing. He tore his ACL in the middle of the 2011 season and returned to carry a young Virginia squad all the way to the NCAA tournament.

Rundown: There isn’t more of an enigma in the senior draft class than Finley. After starting his college career at Duke, Finley was kicked off the team, before landing at Notre Dame, where he did go on to find success in his final two years of eligibility. There, he continued to bang in goals while coming off the bench, and he has the most career Division 1 goals of his forward peers. Given his gaudy numbers, it’s likely a team will give him a shot, and provided that he's left the past behind him, he could end up scoring goals at the next level.

Rundown: Playing different stretches as both a forward and a midfielder, Henning evolved and shaped himself into a good college striker. Whether he has the tools to go beyond that remains to be seen, as he’ll need to put on a show at the combine to attract enough attention, after Furman struggled to make it far last fall.

Rundown: Don’t let the numbers fool you. There are MLS coaches/scouts who believe Hurtado is in the conversation for the best talent from this group. He is dynamic on the ball and elusive in tight spaces. He is going to make an MLS roster as a winger, who could start early in his career.

Rundown: Fresno Pacific played in the NAIA and NCAA Division II while Islas was tearing up the grass fields in Central California. The level of competition is going to come into question, but he still deserves a look at the combine to show what he is capable of against the best in NCAA. Islas is a quick, skillful forward who is capable of playing at the professional level.

Rundown: A standout on Reading United over the summer in the USL’s Premier Development Leauge, Okai was lost during the fall in the lower ranks of college soccer. The Ghanian’s efforts were not completely ignored, as he did claim the NAIA Player of the Year award in 2012. His play with Reading will keep him in the conversation during the draft despite the lack of a combine invite.

Rundown: Scrappy, hard-working with an endless motor, Riemer is a player who won’t dazzle or standout with his technical ability. But if an MLS team is looking for a low salary player who will work his tail off at both ends of the field (and pop up to score from time-to-time) they could do much worse than the Hoya.

Rundown: Injuries plagued Rugg during his senior season, hence why he wasn’t a combine invite. However, over the course of his four year career, Rugg has shown glimpses of enough talent to make it as a pro, and should definitely get a chance either via the Supplemental Draft or perhaps even as a camp invite. Like for many players in his shoes, it may come down to showing consistency and simply getting a shot.

Rundown: A concussion in his junior season slowed down what was once a very promising collegiate career for Smith. He has speed and skill, but the injury history will keep a red mark on his bio come draft day.

Rundown: Another forward who enjoyed a strong 2012 campaign, Spencer doubled his career goal total with 14 strikes during his final year. However, he’s not nearly dynamic enough up front to do everything needed out of an MLS forward. He’ll get his chance to show what he can do at the combine.

Rundown: The powerful target forward was the leader of a very successful Lobos program for the last few years. Sandoval is strong on the ball and able to work with his back to the goal. There are very few teams that are willing to turn that spot over to a player out of college though.

Rundown: Another physically impressive striker, Thomas reached double digits every year of his collegiate playing career, before enjoying his best season to date in the fall of 2012, leading the nation in scoring with 23 goals. Elon might not carry the same prestige as other college programs, but Thomas’ numbers are accompanied by a player who knows how to play the game, and most importantly, score goals in bunches in a number of different ways.

Rundown: The speedy Canadian has the athleticism to play in MLS, but his numbers will not jump off the page at a general manager or a head coach on draft day. He has shown the tools in the Pac-12 to get behind a defense. If he can duplicate that along with the goals to go with it at the MLS Combine, he could see a late jump in his draft stock.