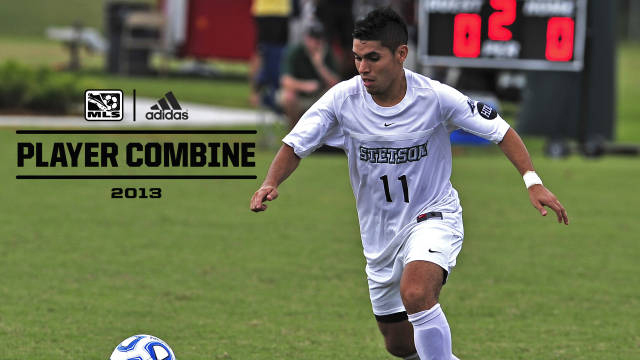 The 2013 MLS draft may be defined by the success of the midfielders.

With the majority of the invites to the MLS Combine going to those in the center of the formation, the midfielders (as a group) will attract the most attention from the coaches in attendance in Florida next month.

The group is highlighted by a few very talented individuals including TopDrawerSoccer.com’s Player of the Year Jose Gomez of Creighton. Find out how Gomez and 29 other midfielders stack up heading into the Combine. 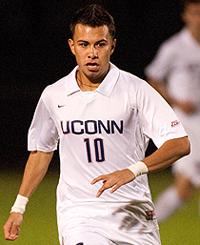 Rundown: While he’s not the most physically imposing midfielder, Alvarez has enjoyed a productive career as a collegiate attacking central mid. Reports suggest that the standout has already inked a deal with MLS, but it will take the right team and coach to put trust in him in order for him to shine.

Rundown: File this one under the tab of basic soccer stats do not tell the story.  Barron earned the reputation as one of the best defensive midfielders in the country during his time in college. The lack of production may have contributed to the lack of the invite to the MLS Combine, but he has the technical ability to play in MLS.

Rundown: The Canadian attacker is sure to draw interest from MLS clubs north of the border. And although he struggled in his senior season, Bekker’s four-year career speaks for itself, as he showed with a successful training stint with Championship side Crystal Palace after wrapping things up at BC.

Rundown: Cardenas led NCAA Division I in assists in 2012, which should have drawn the attention of someone in the league, but he may just be an under-the-radar target. The Campbell Camels standout trained with Sporting Kansas City during the summer, so there is at least one team aware of his quality.

Rundown: An impressive and rangy central midfielder, Christianson is a left-footed defensive midfielder who can do a lot of the little things extremely well -- he can move the ball around the field, break up the opposing attack, and has a cannon of a left foot to contribute offensively from time to time.

Rundown: There is one thing Cintron can claim that no other player in this draft can – he scored against Spain. The Puerto Rico Men’s National Team member showed a lot in that finish against the current World Cup holders that may have been missing from his collegiate highlight clip. Cintron did not do much this season to help his draft stock, but he has some skill and tactical understanding when he is on his game.

Rundown: A move from left back to midfield earlier in 2012 injected new hope for Cochrane’s professional career. He now enters the draft season as a versatile utility man in midfield, able to play as either an outside back or winger, as he’s shown throughout his four year college playing career, which actually started at Virginia Tech.

Rundown: Only 21 games played over the last two seasons will be the main knock against Machael David come draft day. His bad luck with injuries derailed a once very promising collegiate career. If he can stay on the field, he could be a steal in the draft. His tenacity and competitiveness will fit in well with the playing style of a number of MLS clubs.

Rundown: San Diego’s magical run to the Elite Eight in the 2012 NCAA postseason mainly fell on Delgado’s boots. The midfielder pulled the strings for the Toreros and showed there is some genuine quality to his game. He will need to prove it again at the Combine, if a SuperDraft selection is in the cards.

Rundown: After wrapping up an extremely successful four-year career with the Cardinals, DelPiccolo is poised to skip out on the MLS Combine to go on a trial with Eintracht Frankfurt in the Bundesliga. A defensive midfielder who excels sitting deep in front of his side’s back line, he’s a tenacious worker with very good passing ability who would be a miss for MLS if he heads overseas.

Rundown: Some things are more important than soccer, and Durr has an obligation to the Air Force following his graduation from the military institution. If MLS were in the cards though, Durr would have drawn serious consideration from a number of teams. He is very technical and physical in the center of the field. His consistency over the past four seasons drew the admiration of a number of coaches in the MPSF.

Rundown: Etuk didn’t put in a dazzling campaign this past year, as his Mountaineers struggled with the conference moves, missing out on the postseason. He offers an interesting array of tools, with a good first step and decent skills on the ball. His versatility gives him his best shot at landing in MLS, as he’s got the makeup to play either as an outside back, midfielder, or even up front.

Rundown: An unheralded member of the Washington midfield, Fisk was an important component to the Huskies trip to the NCAA Tournament. His competitiveness and determination may not shine in Florida, but they are the main reasons he could make an MLS roster.

Rundown: The brilliant midfielder from Creighton is well equipped to handle the game at the professional level, but he may not be the best fit for MLS. He is smooth on the ball and rarely dispossessed, but he does not fulfill the hustle-bustle role that many coaches in U.S.’s top flight seem to desire.

Rundown: Reports from Ives Galarcep indicate Hollingshead will be bypassing the Combine and MLS to pursue ambitions away from the soccer field. The Pac-12 Player of the Year would have made the roster for some MLS team will his physical presence and experience.

Rundown: The main setup man for the UMBC Retrievers did not find a ticket to Florida in his stocking, but the interest at the next level could still be simmering. Kapor finished his career in Baltimore with 13 assists in his final season, an impressive outing that was good for second best in Division I.

Rundown: The hard-working midfielder from Old Dominion was not on the combine invite list, and probably is a long shot to even get much of a look at the next level, but there is some quality to his game. He works hard in the center of the field, and showed moments during the last two seasons when he could take over a game for Old Dominion.

Rundown: Full credit to MLS’ scouting network for keeping tabs on Mendoza despite a less than stellar senior campaign. The 2011 Atlantic Sun Player of the Year is a technical midfielder who could make an MLS roster despite only one goal and three assists in 2012. He will need to show well at the Combine though.

Rundown: The numbers are not Monge’s friend, but the game film will be. His move from forward into midfielder in 2011 helped the Bruins to a College Cup appearance. His calm demeanor and ability to disrupt the game proved to be the key piece for UCLA. His versatility will also make him an attractive option in the later rounds for MLS clubs with limited spots open on the roster.

Rundown: The New Zealand youth international (Murphy started all three group games for the All Whites at the U20 World Cup in 2011), Murphy also hold a U.S. passport, so he won't take up an international spot in MLS. An energetic midfielder with a good motor, Murphy is likely to also get a chance at an outside back spot, in order to prove he has the versatility to warrant a contract.

Rundown: The former U.S. U17 Men’s National Team member enjoyed a successful collegiate career in Dallas with the Mustangs. The two-time team captain was part of the Mustangs defense that locked down some top forwards in Conference USA.

Rundown: South Florida coaches are quick to talk about Leston Paul’s qualities as a leader when describing the Trinidadian youth national team player. It will probably take a rousing performance at the Combine for teams to look past Paul’s international status come draft time.

Rundown: Powers boasts a lengthy youth national team pedigree in the U.S. system, and enjoyed his best year as a senior on the field, as he was finally healthy. The biggest challenge for the central midfielder is to prove he can play in a box-to-box role in MLS, not to mention staying healthy and dealing with the physical grind of the pro game.

Rundown: The U.S. Residency Program product did not garner enough interest from the league for a combine invite, but the door might not be fully closed on the Bruin. Raynr had his moments during his four seasons at Westwood where he could take over a game. He would need to transition into a winger or an outside defender at the next level, but the athleticism is there for either spot.

Rundown: The captain of the Golden Bears did not earn an invite to the MLS Combine, but he is worth consideration for the next level. Cal’s coaching staff produces players for the next level and Salciccia has shown over the years he has the tools to play with MLS-level talent.

Rundown: One of the most consistent performers in High Point history, Sloan finished his illustrious college career with 10 assists in 15 games. The gaudy numbers were not enough for the former Big South Freshman of the Year to earn an invite to the combine though.

Rundown: The New Mexico Lobos winger made the most noise this season with 13 assists in 21 games. His change of pace is his main weapon, as he made a number of outside backs look slow when they attempted to stop him. He could be in for a big showing at the Combine if he has a player like Jose Gomez or Carlos Alvarez to set the stage for him.

Rundown: Left sided players always get a long look in professional circuits, and Smith, an explosive outside midfielder who can also play up top, is an under-the-radar prospect who shined in the 2011 College Cup championship game. Possessing a high work rate and ability to get behind a defense, Smith must show consistency in order to make the jump successfully to the next level.

Rundown: While Stertzer spent his four years at Maryland as more of an attacking midfielder, his professional prospects are likely best suited for a deeper role, and it’s one of many adjustments he’ll need to make in order to carve out a nice career for himself at the highest level. There’s no question he’s got the pedigree for it, a lot of it will come down to finding the right fit.

Rundown: A four-year starter for James Madison, Wyatt is someone who leaves everything on the field and will harass opponents with a tireless work rate for 90 minutes and then some. He’s played as both a forward and a midfielder, so his future is unclear at where he projects at MLS level. Add to that his English/international status and it’s likely he’ll be available well into the Supplemental Draft.