The Origins of The 21st Century Model 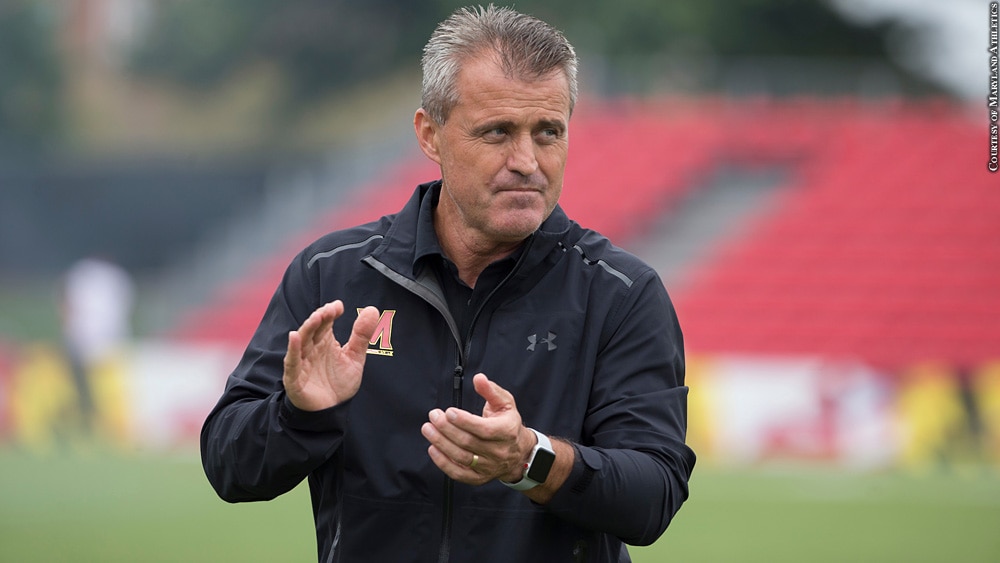 In 2000, a group of prominent men’s Division I college soccer coaches approached the NCAA with a vague idea. They’d seen their players toil through condensed seasons, and wanted to stretch the schedule out from fall through to the end of spring. College sport’s governing body had a fairly straightforward answer.

“We were basically told to go away,” Maryland coach Sasho Cirovski said in a news conference.

Almost 22 years later, that original suggestion has been fleshed out into a viable plan. And that response might just be flipped, too.

For over two decades, a group of leaders in college soccer — players, coaches, and conference officials — has put together a plan to alter the season. Arguing that the current model hurts player welfare, media coverage, development, and, perhaps most importantly, the quality of the game on the pitch, they’ve developed a new approach to the season. And soon, they’ll finally see if their work has amounted to change, when the Division I college council votes on their so-called 21st Century Model.

“We wanted to make sure this was a holistic model that was for the 5,000 kids playing Division I college soccer every year, not just the 50 that will go professional every year,” Cirovski said.

With that principle in mind, Cirovski and other top minds in college soccer pieced together a plan that would lengthen the season, stretching it from August through to a College Cup in May. They identified key areas that needed amending, such as a lack of recovery time between games, and a drastically short preseason — both of which impacted player development.

There were other areas to address, too. Concerns about limited media coverage were starting to heighten. Cirovski also felt the pliers needed midseason breaks to recharge — not unlike some professional leagues.

But there’s also an academic factor. Such a tight schedule allows little time for freedom of choice in classes, as well as small windows to study and complete assignments. For the 4,950 that won’t go pro, the space for academic enrichment could prove to be vital.

Cirovski took over as Chair of the Division I coaches in 2003. From that platform, he lobbied for the two semester model. But he realized that drastic change wasn’t possible — at least not immediately. So a publicity campaign of sorts began, with an increase in media attention. For that, the council turned to Fox Sports, who agreed to televise games and enhance coverage.

“We finally had a voice and we were able to push on some areas that we felt we needed,” Cirovski said.

Cirovski and Rob Kehoe, United Soccer Coaches Director of Intercollegiate Programs, presented their plan in full at a coaches convention in 2014.

The immediate reaction was far from encouraging.

“Though it was well received there was also tempered with a mix of pessimism that related to reflection on previous efforts, and the institutional nature of the NCAA not allowing for change,” Cirovski said.

Things soon changed. Steadily, the proposal gained momentum, with coaches, conferences, and professional players all voicing support. Prominent figures in the US soccer world weighed in.

“This type of project, and this type of change, we know can fundamentally change the perception of college soccer,” Alexi Lalas said at a news conference.

And in 2015, the proposal had science on its side, with an NCAA convention that analyzed how the crammed schedule affected DI soccer players. One of their key qualms were the injury risks, and the stress placed on the body.

That struck a chord with US Men’s National Team international Taylor Twellman, who had his career cut short due to a series of head injuries.

“Student athlete welfare comes first. To ask someone.. to play a game Friday then Sunday is irresponsible,” Twellman said. “It is completely against any kind of ability for a player or a parent to properly assess a head injury.”

A vote was originally scheduled for 2020, but the COVID-19 pandemic halted the momentum — and pushed back the vote.

That interruption, though, provided a perfect tester for a two semester model. The ACC toyed with a COVID-flex plan, which spread out the season to nearly seven months. And those teams enjoyed successful years.

“We were able to develop our team in a completely different way,” North Carolina coach Carlos Soamano said. “And we were fortunate enough to make the college cup that year. And we didn't have a team that would have had that opportunity in my opinion.”

The Tar Heels weren’t the only ACC team to succeed. Clemson and Wake Forest both won at least one tournament game. Meanwhile Pittsburgh, which was unranked before the season, made its first college cup ever.

It wasn't just the players that benefitted, either. The national championship game was held on May 17, in 70 degree weather. That contest was the first event fans were allowed to attend all season; it was also the highest viewed college soccer game in ESPN history.

There are still some questions to be answered. One such issue is if NCAA women’s soccer follows on. Some leaders have expressed their support, and their side of the game is undergoing some changes, too, including a longer preseason and later College Cup.

“They'd like to see how ours goes and, and hopefully, we become a good example for them in the future,” Cirvoski said.

So, what started as a slighted suggestion has turned into a full-fledged movement. A tentative vote has been scheduled for mid April, and the model’s proponents insist it will pass.

For a college sport that has been cast aside despite its many imperfections, they feel it’s the least they deserve.

“The numbers don't lie. The solution is pragmatic. It's time for the information to get out that this is the right thing to do,” Cirovski said.