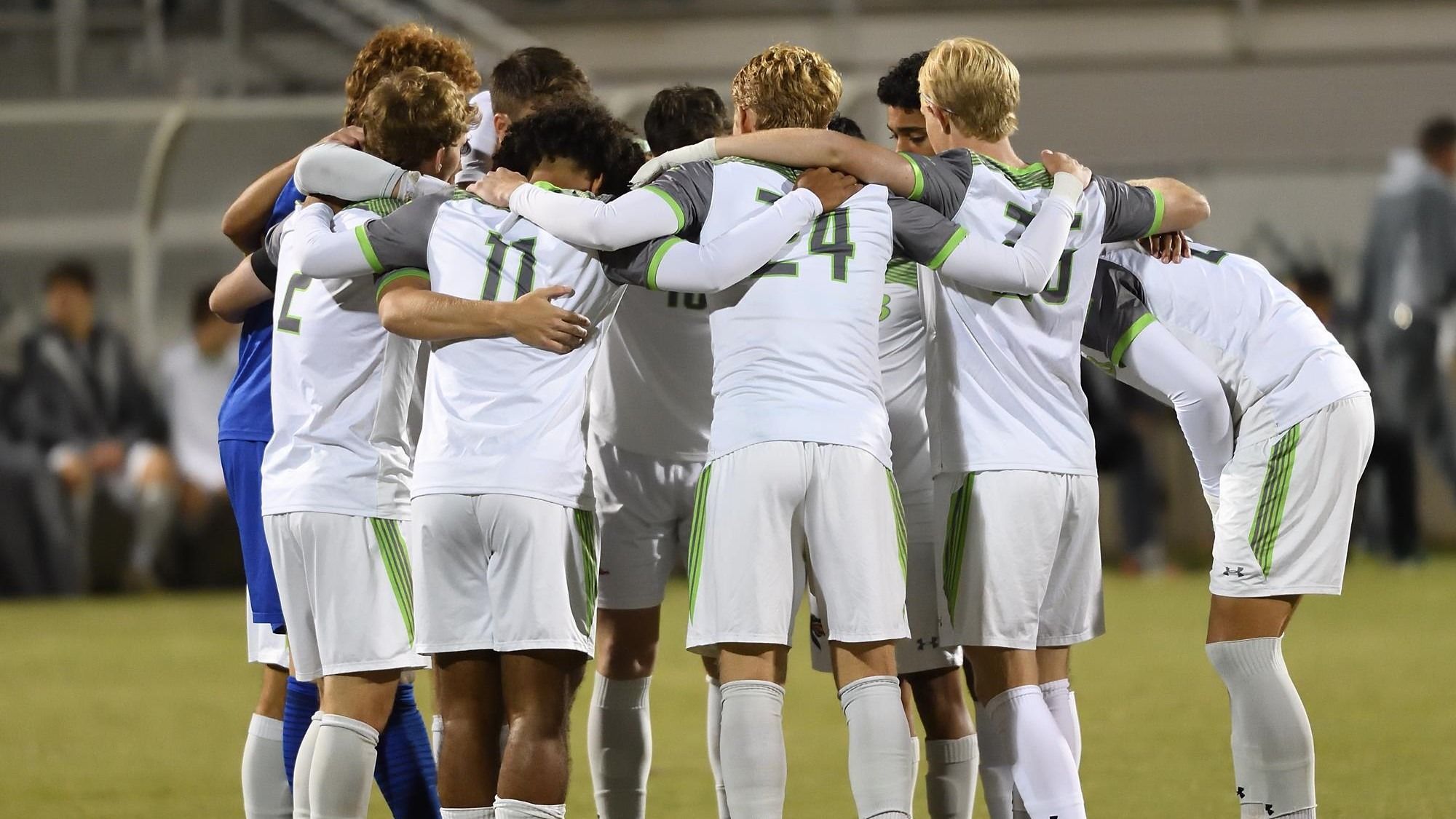 Brooks Rice knew he couldn’t slip. There were eyes on him.

His team was in the throes of a workout, the standard exercises any soccer player might take on: planks, push ups, mountain climbers. If Rice — or any of his teammates — stopped for a brief breath, let his form falter, or even slightly slowed down, the ex-military trainers watching them would swiftly start the regimen again.

But for Rice and his teammates, it was vital, an exercise in accountability and togetherness — one of a number of methods the team used to rally together in an intense spring. And, as UAB heads into a fall season with a more experienced side, all while taking part in a new conference, it hopes that those methods, those sessions, could shoot a toiling program back up the standings.

“If we want to improve, we have to do more than what everybody else was doing in the spring,” Rice said. “So yeah, we really put in a lot of work.”

It was a relentless few months for the Blazers. There were the 6 a.m. workouts, mandatory for all team members. And then there were the afternoon training sessions, heavy on running but also intensely tactical as Alabama Birmingham tries to reshape its play style, readying itself for a new set of opponents in a loaded American Athletic Conference in 2022. It’s a team that wants to operate along the margins, demand more from the roster, and get everything out of a squad that has faltered in recent years.

“I had some guys that I feel like did really well. For some other guys. I feel like the spring was a developmental season for them,” head coach Jeff Kinney said. “ And they did well with it. But that's what they needed.”

When Kinney took over the Blazers in late 2018, he walked into a program with impressive history but sparse recent success. There wasn’t a single signee for the upcoming season, and he only had 17 players on his roster. Add to that a shoestring budget to recruit with, and the program appeared to be in real trouble.

Still, Kinney worked with what he had, brought in 10 recruits, and pieced together a young but plucky team for 2019. Expectations were admittedly low — the school hadn’t registered a season above .500 since 2014. The inexperience showed. There were some promising results, such as a 4-3 win against Gardner-Webb. But then there were the drubbings: 6-0 to Marshall, 4-1 at Memphis. And on the final day of the season, a stout defensive first half gave way to a leaky second, and the Blazers lost 2-0 to No. 16 Kentucky to finish the season 3-12-2.

“It’s difficult when you’re playing against a team that’s vying for the national title, and you have a group of freshmen on the field,” Kinney said.

The onset of the Covid-19 pandemic brought further struggles. Kinney lost eight recruits to either transfers, travel regulations or personal reasons over the course of just 18 months — seeing some presumptive starters leave the program before they’d stepped on the pitch. Those eight were supposed to be the start of Kinney's vision for the program, completing a roster that balanced young talent with the kind of experienced veterans required to stay afloat amidst a grueling schedule.

But that group was gone. 2019 and 2020 were mostly laid to waste, transitional years as Kinney coped with one roster hastily pieced together and another decimated. Last fall was a similar story, albeit with some improvements. Freshmen and sophomores shouldered heavy minutes, and only one player started every game. The Blazers were seldom blown out, but found themselves outshot 128 to 240. And they ended the season with a -17 goal difference — despite a Gardner Webb 5-1 win early in the season.

Now, though, the pushups have started. The practices are more intense. This year might just be different. There’s a buzz about the team, a camaraderie developing, a belief that the taste of defeat is no longer to be accepted.

“The last few years haven't really been working,” Rice said. “But we've pushed through that and we kind of are starting to see a turn.”

The squad is taking shape, too. Kinney warned his players that spring would be a weed out season, a time to work — but on the pejorative that they’d have to prove themselves, or spend the fall on the bench. That mandate brought out a new energy from his team, an injection of confidence that Kinney hopes will be the first step in changing a losing culture.

And then there are the new additions that will arrive on campus on August 1. Players from proven programs with track records of playing in the biggest games against the best teams. NC State transfer Tal Segev should add creativity in the final third. Seton Hall’s Nir Shemesh comes from a Big East championship winning program. Two former youth national team goalkeepers are poised to battle it out for the starting spot between the sticks.

In some situations, that might be considered a coach’s nightmare, a hand too full. But for Kinney, it’s finally the chance to dip into the kind of player pool he coveted when he first took the job.

When Rice transferred to UAB back in 2018, Kinney gave him a pretty direct pitch. He wanted to bring back the good old days of the program, revive a pedigree fading from memory as the squad floundered at the bottom of the conference.

Rice was excited, even enticed, by the prospect of building something: a new coach, new scene, fresh start. The subsequent struggles came and stayed, the goal of a return to relevance slipping further away.

This time, though, things feel different. It was there in the early morning workouts, in the straining sinews from military training, in the tactical sessions where the players were asked to reimagine what the team could be.

“Everything that happened [in] the past, that's in the past. And we're just we're moving forward,” Rice said.