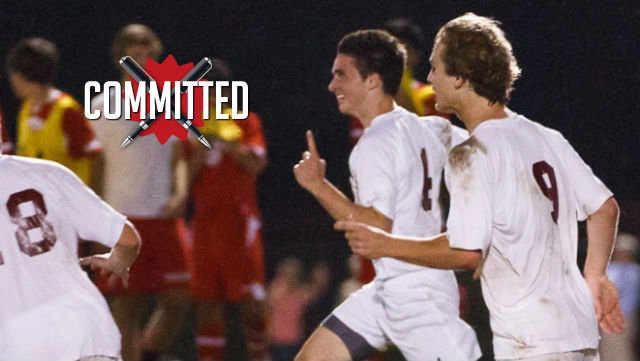 An athletic and hard-working midfielder, Andrew Conwell’s decision to head to the Pacific Northwest was heavily influenced by his background.

“One of the main reasons I chose Washington was the link within my family,” he told TopDrawerSoccer.com. “Both my parents went to Washington and my dad played football for the Huskies. Having a chance to play for Washington is special to me because I want to honor my dad's legacy by creating my own through soccer.” 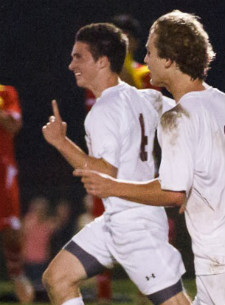 Head coach Jamie Clark is in the middle of transforming the program, which won the Pac-12 last year and was within a game of making a College Cup appearance.

Clark certainly factored into Conwell’s decision as well, at least when it came to the soccer team.

“The relationship between the players and coaches gives me confidence that I can easily transition into the team when my time comes,” he said. “Also I believe they give me the best chance to reach my full potential and with their recent success there is no doubt that I want to join the program.”

Conwell is the second reported commitment for Washington's 2015 recruiting class.

When it came time to make his college commitment, midfielder Grayson Naquin made a decision based on the big picture.

“I decided to commit to West Point because of the fantastic opportunities that it possesses for my future,” Naquin told TopDrawerSoccer.com. “West Point provides a top class education with an excelling soccer program led by great coaches. Also, I look forward to serving my country and may decide on the military as my career.”

The soccer program impressed him as well, regardless of how the school sets him up for the future.

“Everything is very professional, the players are treated like real pros,” he said “Also, I like the way they play and move the ball; I believe my style of play will fit perfectly into the midfield.”

When it came to making a college commitment, Juan Lopez came away extremely impressed by his experience on campus at Chowan.

“I had been to other colleges for unofficial visits but by far was not treated like that of Chowan University's staff,” he told TopDrawerSoccer.com. “I did not really know what to expect, but I had my preconceived notion that it was going to be like my other college visits. The Chowan staff was phenomenal because they went the extra mile to make my visit a profitable one. I was impressed, and so was my dad.”

The positive visit got off on the right start and only improved from there, as head coach Chris Whalley arranged for everything to go smoothly for Lopez. The midfielder quickly bought in, and was intrigued by Whalley’s vision.

“As a student athlete I am excited to be a part of Chowan's ‘renovation’ of their soccer program,” Lopez said. “The coaches have shared their vision and I just could not imagine myself not availing of such an opportunity to participate in making a dream come true. I am also thrilled that they have confidence in me and that they considered me to be a part of their team.”

Midfielder Jeffrey Li (Chicago Magic PSG) committed to Grinnell for the class of 2014.

Defender Manny Padilla (LA Galaxy) committed to San Francisco for the class of 2014.

Midfielder Dakota Peterson (Colorado Rapids) committed to Drexel for the class of 2014.

Midfielder Alec Odato (Florida Kraze/Krush) committed to Florida Atlantic for the class of 2014.

Defender Michael Brezovsky (Dallas Texans) committed to Dayton for the class of 2014.

Midfielder Matthew Lewis (Sporting Kansas City) committed to Fordham for the class of 2014.

Defender Joe Harding (Philadelphia Union) committed to Fairfield for the class of 2014.