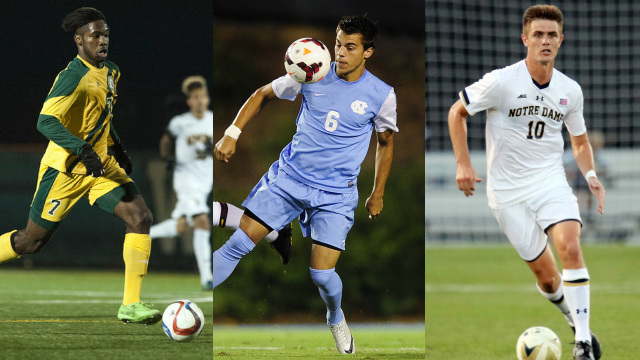 The days are ticking down towards the 2017 MLS Draft, with the combine slated to begin over the weekend, running until next Thursday ahead of Friday's draft.

Major League Soccer officially announced the first five members of the 2017 Generation adidas class (*), with the expected additions of Abu Danladi, Miles Robinson and Jackson Yueill. In addition, Shamit Shome and Adonijah Reid are included as Generation adidas Canada (&) members. Shome, formerly of FC Edmonton, immediately jumps to the No. 3 spot in the newest Big Board.

Other updates include the removal of Ian Harkes, Adam Najem and Ricardo Perez, as they are out of the draft pool after being classified as homegrown players. Below is a reflection of the Top 75 pro prospects from college soccer ahead of the combine.