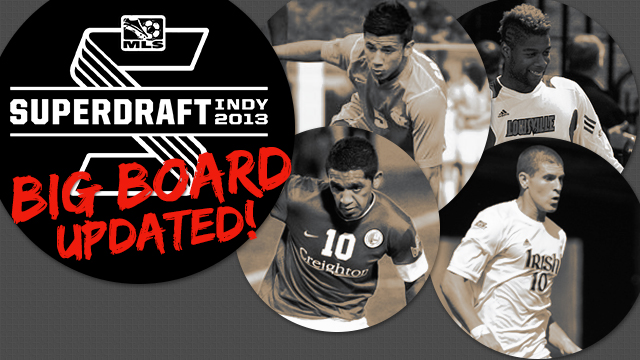 The MLS Combine is over, and now the players just wait to hear their names called in Indianapolis at the 2013 MLS SuperDraft. Following the Combine, TopDrawerSoccer.com took stock of the best players available for this draft and ranked the top 125 in a comprehensive Big Board before the draft.

U.S. U20 Men's National Team midfielder Mikey Lopez remains in the top spot, as his body of work over the past few seasons speak for itself, but a couple of players made a big jump up the board after strong showings at the Combine in Florida.