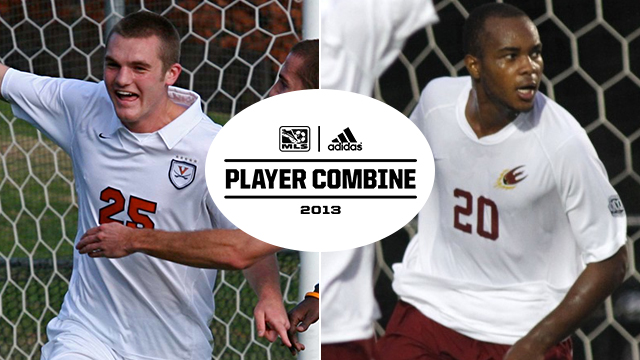 Four years of hard work, dedication and development come down to three days under the Florida sun for a lot of MLS hopefuls.

With the kickoff of the 2013 MLS Combine down in Lauderhill, Florida on Friday, more than 70 aspiring pro players will get the opportunity to showcase their talents in front of all 19 MLS coaching staffs ahead of the upcoming Super and Supplemental Drafts.

Needless to say, those getting prepared for the trip to Florida were looking forward to the challenge. 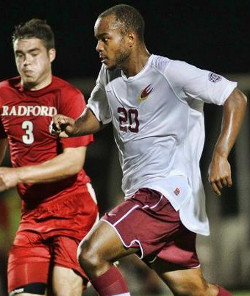 “I’m really excited for it,” Elon forward Chris Thomas told TopDrawerSoccer.com. “I’m excited to have the opportunity to showcase some of my skills and also to play with 50 other different excellent players from around the country. You hear about these guys throughout the whole season, I’m interested to see what a lot of players are going to bring to the table.”

Said Virginia forward Will Bates: “I’m excited for the opportunity to play with so many good players and really help myself as well. It’s going to be great exposure playing in front of all the scouts and coaches, and for me I think it’s a chance for me to really improve my stock in the draft.”

Of course, while some of the best players are all familiar with each other, getting lumped together on random teams and trying to put your best foot forward is a big obstacle to excelling at the combine. North Carolina standout midfielder Mikey Lopez, who signed a Generation adidas deal guaranteeing him a spot on a roster somewhere, is optimistic his previous youth national team experience will help him overcome that issue.

“It’s kind of like a national team camp where you get a bunch of guys together for a couple days and you have to play with them,” he said. “And the national team is kind of like that, in the beginning you don’t know who you’re playing with and what their tendencies are. Hopefully the national team has got me prepared for that and I adapt quickly to what players like to do with the ball.”

Still, players are expecting the first set of games in particular to be a bit helter-skelter.

“Typically the first day everybody’s blazing around and not a whole lot of great soccer is going on because guys don’t know each other,” Bates said.

Others involved have different challenges that could hamper their combine experience. Creighton’s Jose Gomez and Notre Dame forward Ryan Finley will miss the first day of games because they’ll be in St. Louis finding out who won the MAC Hermann Trophy.

“I only have two games to show so it could possibly hurt me, or it could help me,” Gomez said. “I just have to go out there and perform, and do well. I don’t know what to expect, but once I’m there I’m there to do my job and play the best I can and show the coaches what I can do.”

Regardless of what happens, there’s no doubting the amount of time, energy and effort put into the last few years and last few weeks as college players get one last chance to show they have what it takes to land on an MLS team somewhere.