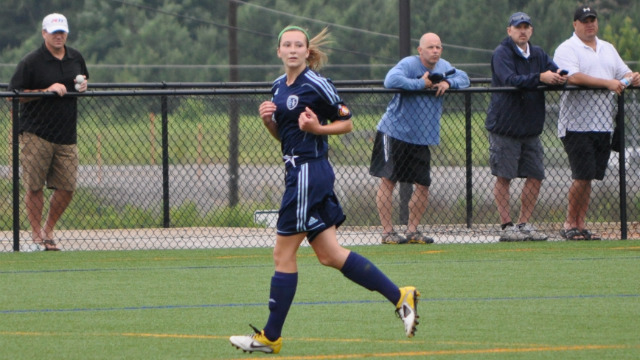 RICHMOND, Va. — With the stakes climbing by the day, the pressure turned up for the many talented players competing at the 2013 ECNL National Finals.

Teams took one step closer to the national championships with Friday’s performances. See which players caught the eye of TopDrawerSoccer.com on the second day of action:

GK Evangeline Soucie, PDA U14: It was a frantic, end-to-end, 1-0 win for PDA that saw them advance to the semifinals of the U14 finals. And Soucie’s steady play throughout the 80 minutes were at the heart of it, as she saved everything that came her way and claimed high balls with ease.