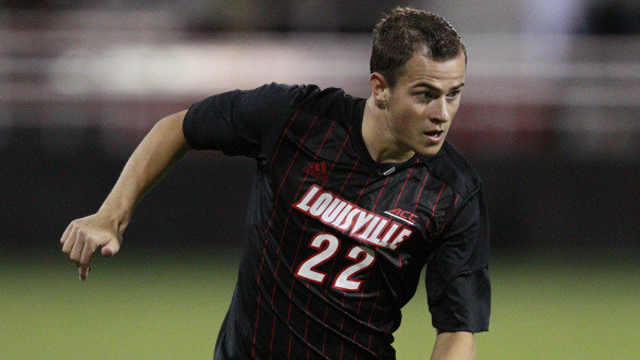 In a week full of upsets, there is no surprise that the key pieces from those victories ended up on the TDS Team of the Week. Louisville freshman Tim Kubel took home the ultimate honor after helping the Cardinals knock off one of the best teams in the country last week with his play in the defense and in the attack.

GK Eric Dick, Butler: The redshirt freshman pushed his career record to 3-3-3 with a pair of impressive performances last week. Dick made seven saves  in a 1-0 victory over Marquette. He followed that up with five saves in a scoreless draw against DePaul.

D Nicholas Hutchinson, Old Dominion: The sophomore defender supplied an assist in the Monarchs’ 2-1 win over Charlotte. He was a key piece of the defense that limited a talented 49ers attack to five shots.

M Jason Stacy, Michigan State: Stacy finished the week with two goals and three assists for the Spartans. Stacy had a goal and three assists in the 4-0 win over Western Michigan. He scored the game-winner in the upset win over Penn State.

M Patrick Hodan, Notre Dame: Hodan came off the bench and scored twice against Duke to lead Notre Dame to a 4-1 win in the important ACC clash in Durham on Friday. Hodan scored the lone goal on Tuesday in Notre Dame’s 1-0 win over Northwestern.

M Mikias Eticha, Maryland: Eticha scored both goals for Maryland in a 2-0 win over Lehigh last week. The senior midfielder provided the assist on the game-winning goal against Indiana on Sunday.

F Justin Laird, Kentucky: The senior forward scored a goal and recorded an assist in the Wildcats’ 5-1 win over Evansville on Wednesday. He scored the game-winner on Saturday in Kentucky’s upset victory at home against conference rival New Mexico.

F Abu Danladi, UCLA: The birthday boy enjoyed his celebration on Sunday with two goals in a 3-0 win over Oregon State. Danladi also had an assist in the Bruin’s 2-1 win over Washington.

F Fabian Herbers, Creighton: Herbers scored twice last week to help Creighton snag four points from two games. He scored the game-winner in a 1-0 win over St. John’s. He then scored the equalizer in a 1-1 draw with Xavier.