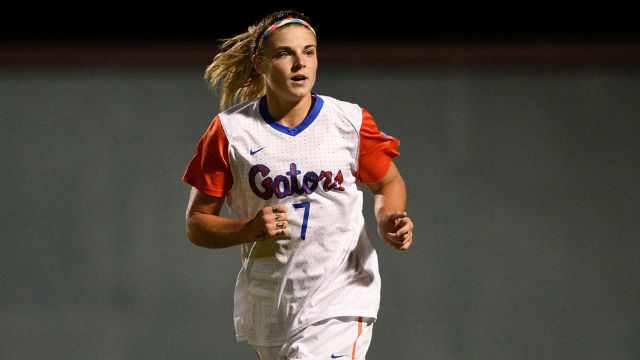 While the prolific goal scorer hasn’t found the back of the net at the same rate she did a year ago, Jordan was at it again over the past week, scoring two game-winning goals against SEC opponents, including the game’s only goal in a Top 10 clash with Texas A&M.

Her performance earns her TopDrawerSoccer.com Player of the Week honors. See who joins her on the Team of the Week Below.

GK Britt Eckerstrom, Penn State – Back-stopped a defense that didn’t allow a goal in two Big Ten wins, as the Nittany Lions blanked Minnesota and Wisconsin. Eckerstrom made four saves to keep the Badgers at bay. 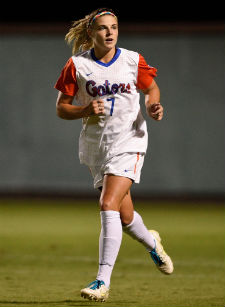 D Mackenzie Dowd, Northeastern – Another standout performance for Northeastern lands Dowd with a spot on the Team of the Week for the second straight week. She scored twice in a pair of vital CAA wins for the Huskies over Towson and James Madison.

D Maddie Elliston, Penn State – A fantastic freshman season continues for Elliston, who played 180 minutes of two shutout victories for the Nittany Lions. In the victory against the Gophers, the back line held Minnesota without a shot on goal.

M Gabby Seiler, Georgia – The sophomore midfielder helped deliver a pair of SEC wins, as she scored three goals across two games as the Bulldogs bested Tennessee and Mississippi State.

M Mariah Helmer, San Diego State – The Aztecs remain in control in the Mountain West Conference thanks to a great week from Helmer. The midfielder scored three of the Aztecs’ six goals in victories over previous unbeaten Colorado College and Air Force.

M Stephanie Verdoia, Seattle – Once again Seattle looks like the cream of the WAC crop and it’s in large part thanks to Verdoia’s heroics over the past week that saw them start the conference slate with a bang In a pair of wins, Verdoia put up a total of three goals and three assists, including a seven-point output against CSU Bakersfield on Sunday.

M Olivia Chance, South Florida – The Kiwi struck three times in a pair of wins for the Bulls, including the game winner against Houston, and an equalizing tallying against SMU. She now has six goals on the year.

F Kelsey Haycook, La Salle – Haycook scored four goals in two games this past week, a 3-0 win over George Washington and a 3-1 win over VCU. She scored the game winner in both games and now is second in the A-10 in goals (10) and points (23).

F Grace Damaska, Georgetown – A hat trick for the Hoyas reserve forward helped the Big East contenders pull away from Butler last week for an important conference win, as her three-goal effort fueled a 4-2 victory in the nation’s capital.

F Nicky Waldeck, Michigan – The sophomore attacker followed up a hat trick in Thursday’s win over Nebraska with a goal in Michigan’s 4-2 win against Iowa on Sunday.

F Savannah Jordan, Florida – With goals against Texas A&M and Arkansas, Jordan raised her tally for the 2014 season to nine. The U.S. youth international needs to continue to deliver against top opposition if the Gators are going to make a deep NCAA tournament run.